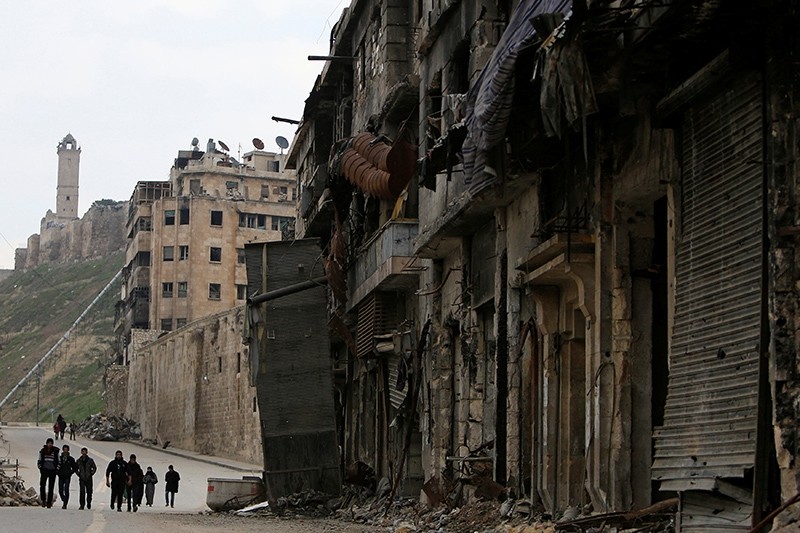 A tripartite mechanism that was established by Turkey, Russia and Iran to monitor the cease-fire in Syria has come into force, Russian Foreign Minister Sergey Lavrov said yesterday at the Russian-Arab Cooperation Forum in UAE capital Abu Dhabi.

One month ago, a cease-fire deal brokered by Turkey and Russia became effective across war-torn Syria.

"The cease-fire is largely holding," Lavrov told the forum. "Russia, Turkey and Iran have established a mechanism that allows them to monitor the implementation of the truce."

"In line with our position, all armed opposition groups [in Syria] were invited to participate in the cease-fire and political talks," Lavrov was quoted as saying by Russia's TASS news agency.

At the Astana peace talks, which were held on Jan. 23-24, Turkey, Russia and Iran agreed on a joint mechanism to monitor cease-fire violations in an attempt to curb the bloodshed in Syria.

The three countries gathered in Kazakh capital Astana to attend peace talks between Syrian opposition and the Bashar Assad regime, and pledged to monitor cease-fire breaches across Syria in a coordinated effort.

The countries involved in the mechanism will use their influence on violating parties to stop the attacks.

At the forum in Abu Dhabi, Lavrov also said Russia was helping the Iraqi army in its ongoing military campaign against the Daesh terrorist group.

"We are assisting in this struggle by supplying Iraq with Russian weapons and military equipment and augmenting the Iraqi armed forces' combat capabilities," he said.

The Iraqi military is currently engaged in a wide-ranging offensive to recapture the northern city of Mosul, which Daesh overran, along vast swathes of territory in northern and western Iraq, in mid-2014.

The Russian-Arab Cooperation Forum was first held in 2013 in Moscow to discuss means of promoting cooperation between Russia and Arab countries.