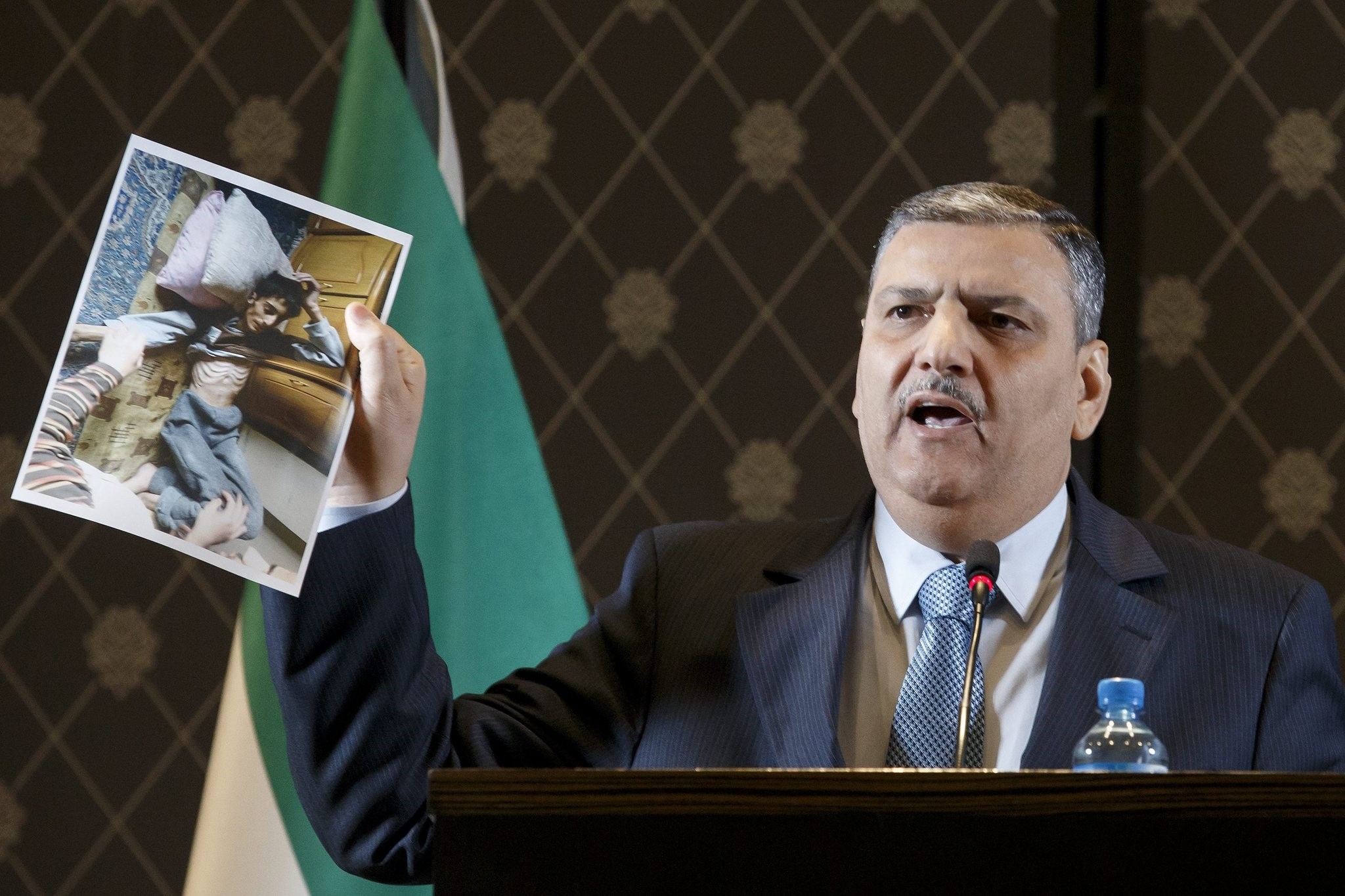 Syria's main opposition body on Sunday approved a new delegation to take part in Geneva peace talks later this month, which include Russian-backed blocs that have been critical of the armed insurgency against Bashar al-Assad.

The High Negotiation Committee, (HNC) the main umbrella group, said in a statement after two-days of meetings in the Saudi capital, Riyadh, that the new 21-member negotiating team included members of two dissident alliances with which it has previously been at odds.

Those two alliances - the so-called Moscow and Cairo groups - have long disavowed the armed rebellion and insisted that political change can only come through peaceful activism. Their members include a former Syrian regime minister with close ties to Moscow.

Mohammad Sabra, who was appointed as chief negotiator, told Saudi-owned Al-Hadath news channel that the delegation brought together various groups. He also accused unnamed foreign powers of trying to impose their views on the composition of the delegation, an apparent reference to Russia.

The next round of U.N.-sponsored talks on the conflict, now in its sixth year, have been scheduled for Feb. 20.

The HNC said in the statement the goal of the negotiations was a political transition under U.N. auspices in which Assad had no role in the future of the country. But it steered away from its previous insistence the Syrian president should leave at the start of a transitional phase.

The HNC also said foreign powers had no right to present a vision of Syria's future political system without the consent of Syrians. Russian last month tabled the draft of a proposed new constitution for Syria, though it insisted the document had been circulated for the purposes of discussion only.

The HNC represented the opposition in Geneva talks last year. But it was not invited to recently convened talks in the Kazakh capital, Astana. The indirect talks between regime and opposition delegates in Astana were held with the aim of shoring up a ceasefire brokered by Turkey and Russia.