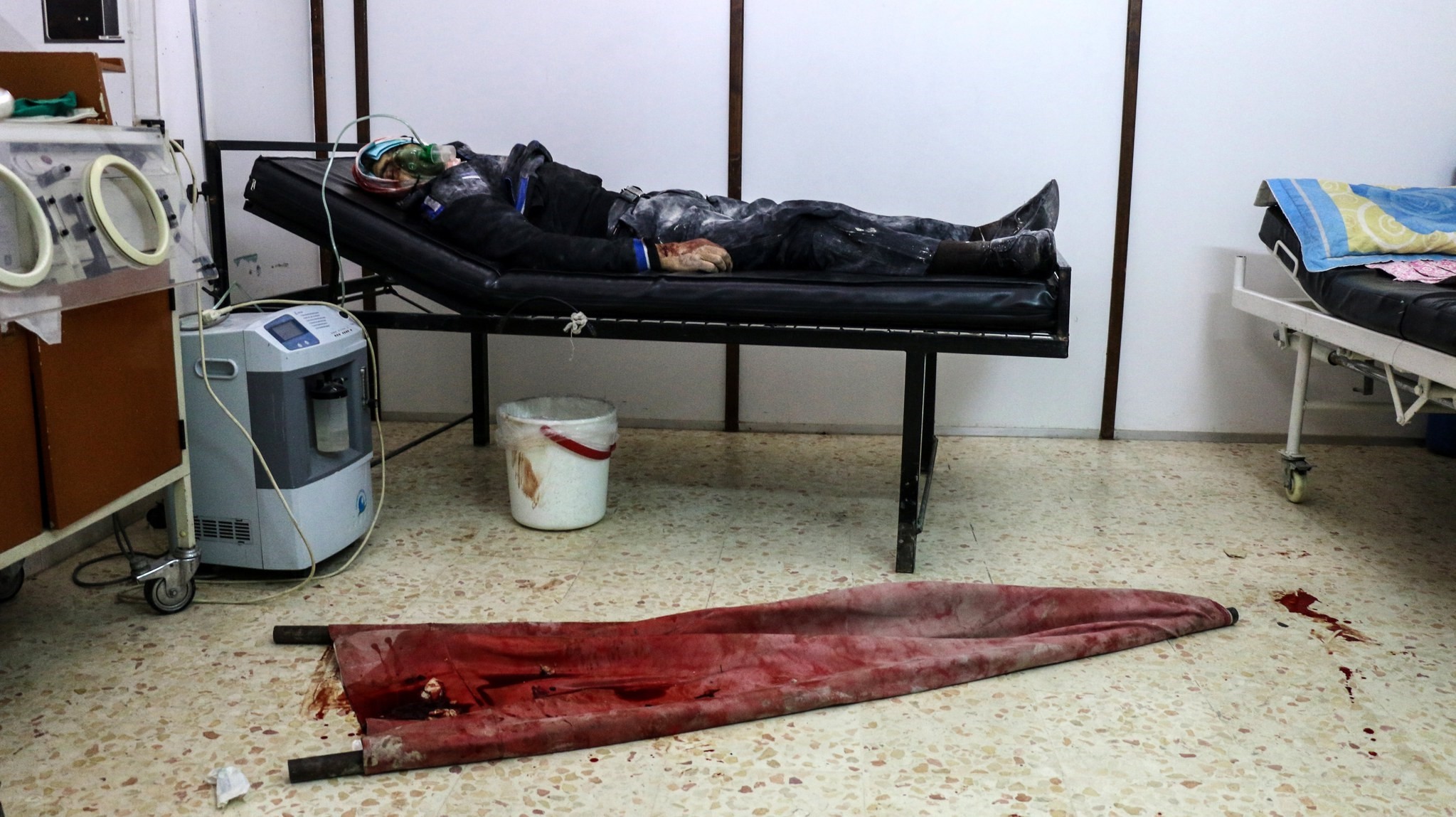 Sixteen people, including two women, were killed Saturday when Assad regime forces launched a barrage of rockets that hit a funeral on the edges of the Syrian capital Damascus, a monitor said.

The Syrian Observatory for Human Rights said "seven rockets and several shells hit areas on the edges of Qabun", a northeastern district of Damascus held by the opposition.

"The shelling targeted a cemetery while someone was being buried there," said Observatory head Rami Abdel Rahman.

Abdel Rahman had earlier given a toll of nine killed, but several people succumbed to their wounds in the hours after the attack.

"There are still some people who are critically wounded," he said.

Rebels and regime forces reached a local truce deal in Qabun in 2014, but violence steadily escalated in the neighbourhood which is now bombarded regularly.

Also on Saturday, three civilians were killed in government air strikes on Waer, the last opposition-held district of the central city of Homs.

The Observatory said two young brothers were among the dead.

The toll brought to 30, including 10 children, the total number of people killed in an "escalating air campaign and clashes in Waer", Abdel Rahman told AFP.

Homs was dubbed the "capital of the revolution" after vast demonstrations there early in Syria's anti-regime uprising.

But after months of siege and bombardment, rebels agreed to quit the city in a 2014 evacuation deal with the government.

Another local deal was struck specifically for Waer in December 2015, and hundreds of rebels have left the neighborhood.

More than 310,000 people have been killed since Syria's conflict erupted in March 2011.

But after nearly six years, the conflict has morphed into a multi-front war that has drawn in foreign powers and seen radical groups rise to prominence.