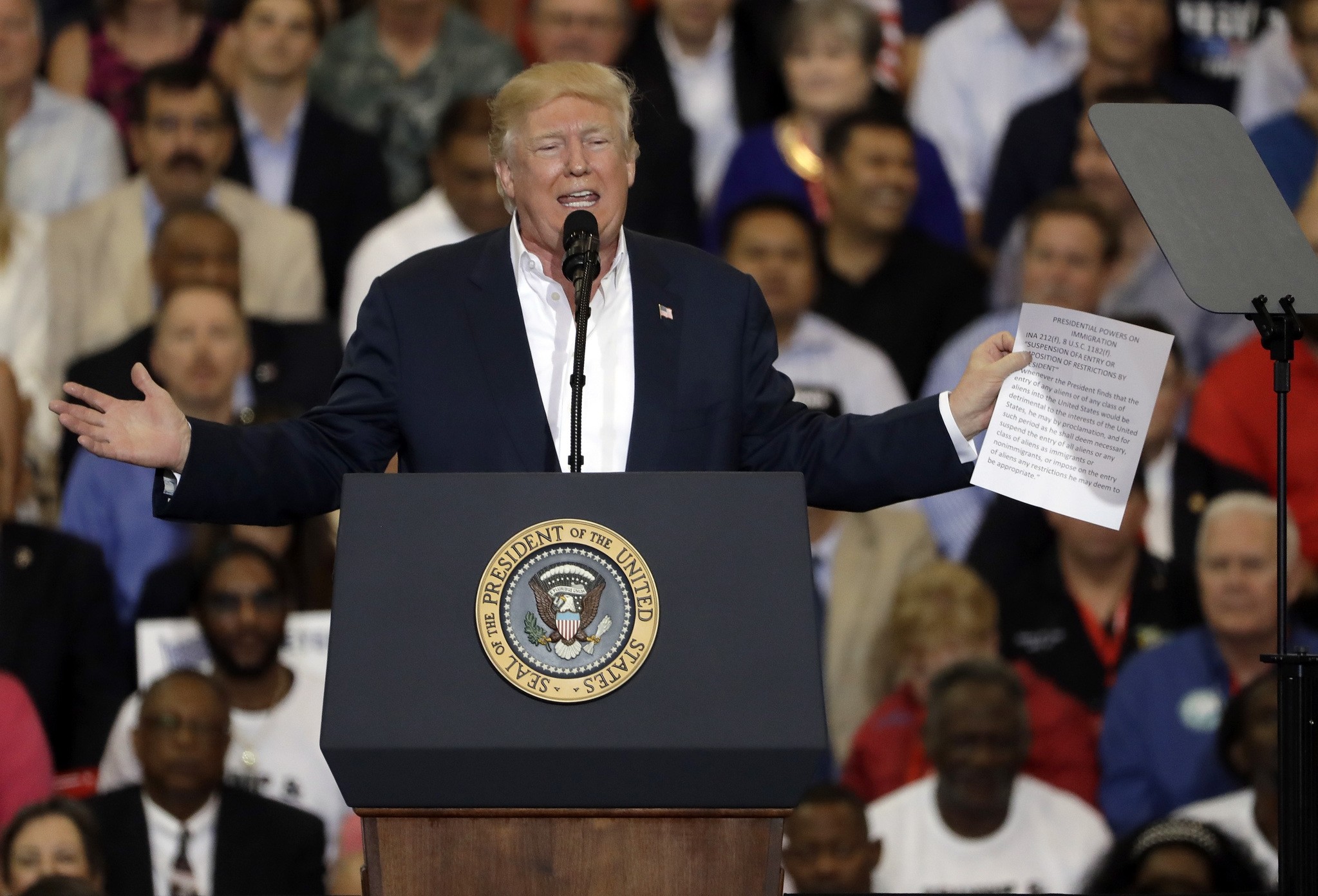 US President Donald Trump said Saturday he wants safe zones to be built in Syria and elsewhere for refugees, adding that the Arab Gulf countries would pay for it.

Trump said refugees would be able to live in the zones safely, adding that this would keep people out of the United States who might be terrorists or otherwise want to do the country harm.

"We want people that are going to be great for our country," he said, speaking at a campaign-style rally in Florida. "We don't want people with bad,bad ideas."

Turkish President Recep Tayyip Erdoğan recently suggested a 5,000-square-kilometer area can be designated as a "terror-free zone," where Syrian refugees will be placed in order to spare them from having to flee their country.

The area approximately 2,000-kilometer-square in size that has been freed from Daesh, includes the towns of Azaz, Jarablus, and al-Rai as well as Dabiq, which has a significant symbolic value for Daesh.

The Turkish president also said that the designated territory will be used to establish residential areas that will host mostly Arab and Turkmen civilians and a professionally trained and equipped national army will also be needed to be deployed to ensure the terror-free zone functions properly.

The establishment of a designated zone for refugees in northern Syria, which has been referred to as a "terror-free zone" by President Erdoğan, has also been voiced. They are similar to the "safe zones" talked about by the Trump administration. President Trump had said on Jan. 25 that he will order the U.S. State Department and the U.S. Department of Defense to propose plans to set up a safe zone for refugees who have been fleeing the Syrian conflict since 2011, a proposal Turkey has backed for several years, despite former U.S. President Barack Obama's reluctance.