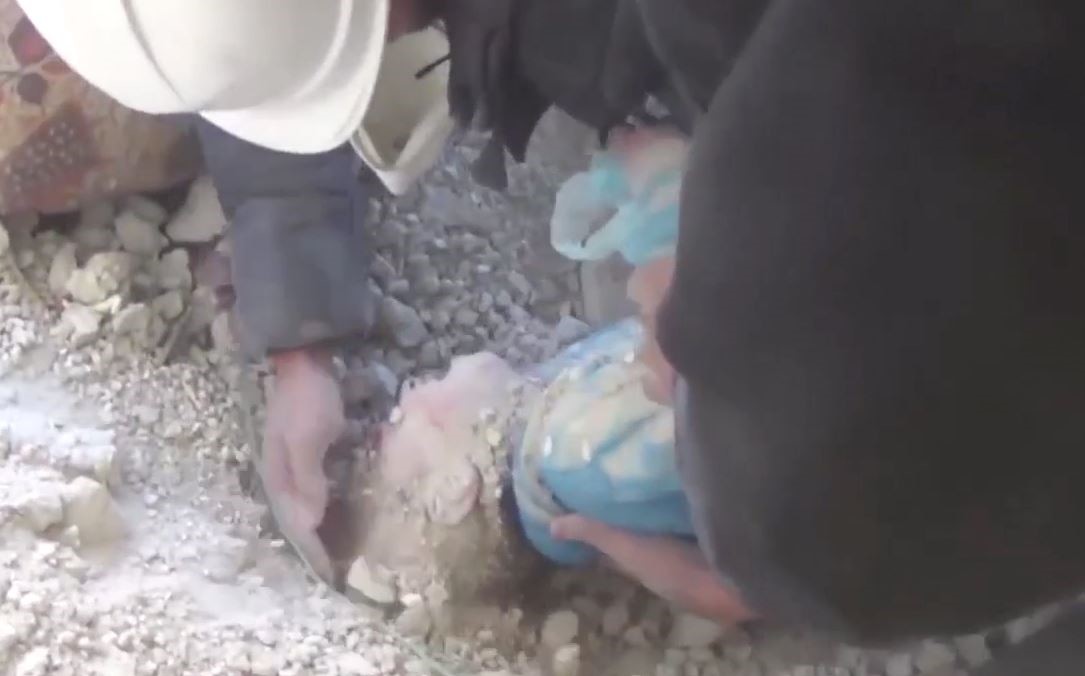 A video that surfaced on Monday showing the rescue of a little Syrian girl from an Assad regime bombing has gone viral on social media.

The video footage was shared by Syria's White Helmets (Syria Civil Defense), and captures the aftermath of airstrikes in Tishreen, near Damascus.

In the clip, a group of men can be seen digging through the rubble while the little girl cries, buried under the debris. The men are eventually able to rescue the little girl, named Ava, by pulling her out from the wreckage.

In December 2016, a nation-wide ceasefire came into effect in Syria as a result of negotiations between Turkey and Russia, with the aim of ending the bloodshed in the war-torn country.

However, the Assad regime has reportedly been repeatedly violating the agreement, and his forces have carried out destructive aerial bombing campaigns that target civilian populations.

Syria has been locked in a vicious civil war since early 2011, when the Assad regime cracked down on pro-democracy protests, which began as part of the Arab Spring uprisings, with unexpected ferocity and disproportionate force.

Since then, more than 600,000 people were killed and some six million people were displaced in the conflict.