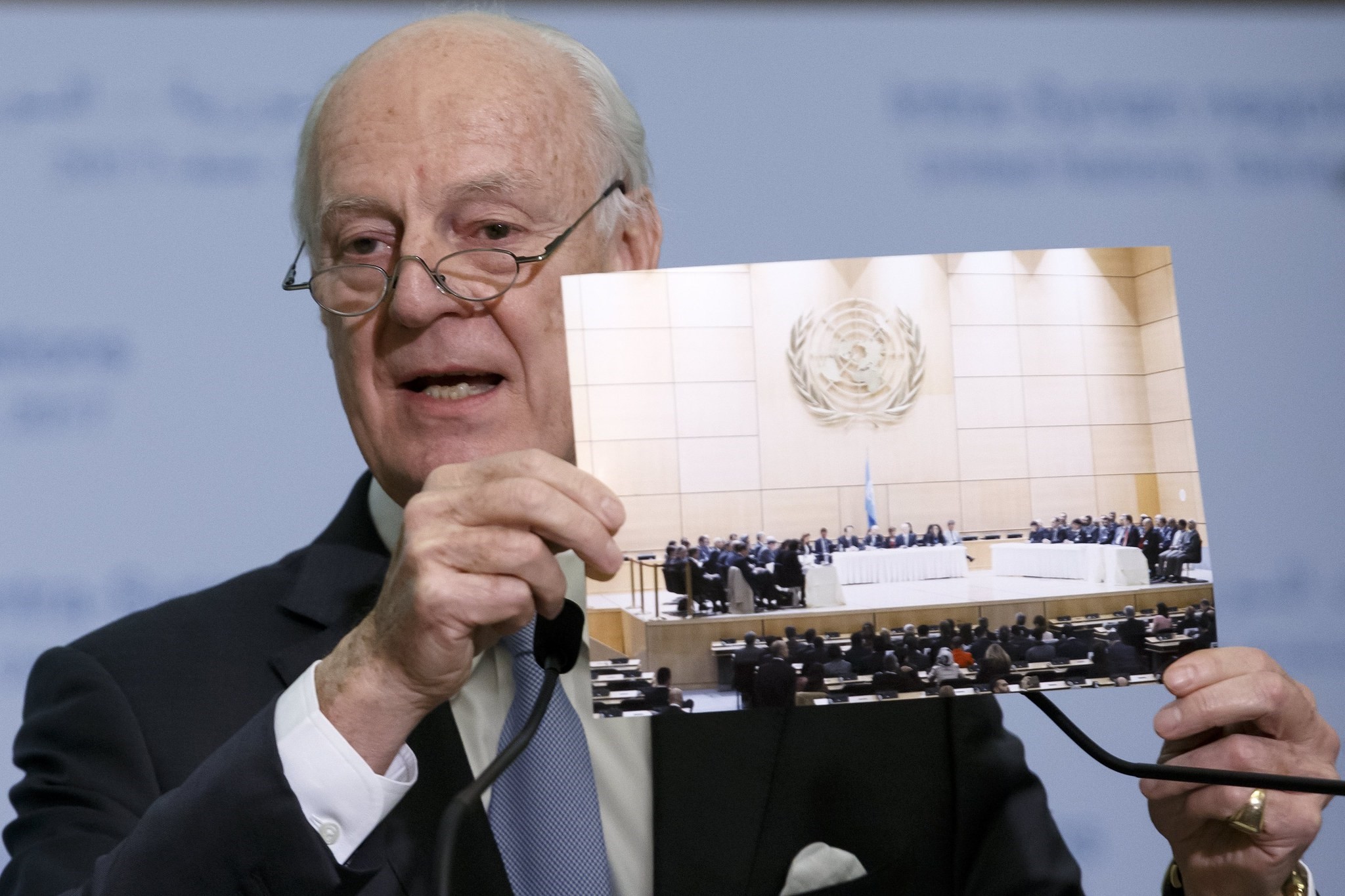 UN Special Envoy for Syria Staffan de Mistura informs the media during a press conference after closing the round of the Intra Syria talks. (EPA Photo)
by Compiled from Wire Services Mar 03, 2017 12:00 am

The United Nations will include discussions about the strategy for fighting terrorism in an agenda of the next round of Syria peace talks, U.N. mediator Staffan de Mistura said on Friday, after a first eight-day round of talks in Geneva.

Calling the latest round of diplomacy between the two sides to end Syria's six-year-long war "substantive", de Mistura said the sides would be invited back to Geneva this month for the next round.

In an apparent gain for the Syrian regime, which had lobbied to put "terrorism" on the agenda, de Mistura said future rounds of Geneva talks would tackle "issues related to strategies of counter-terrorism, security governance and also medium-term confidence-building measures".

The U.N. Envoy to Syria also said he wants the regime and opposition to pursue a "framework agreement" outlining a political transition process in accordance with a 2015 U.N. Security Council resolution.

He said that the Security Council set out a "clear timetable" to draft a new constitution for Syria, within 12 months, and to hold free and fair elections under UN supervision, within another 18 months.

Talks in Astana, convened by Russia, Turkey and Iran, would be complementary and deal with "maintenance of the ceasefire, immediate confidence-building measures and operational counter-terrorism issuees", he told a final press conference.

He said he felt "comfortable" that all sides could "live with" the Geneva agenda.