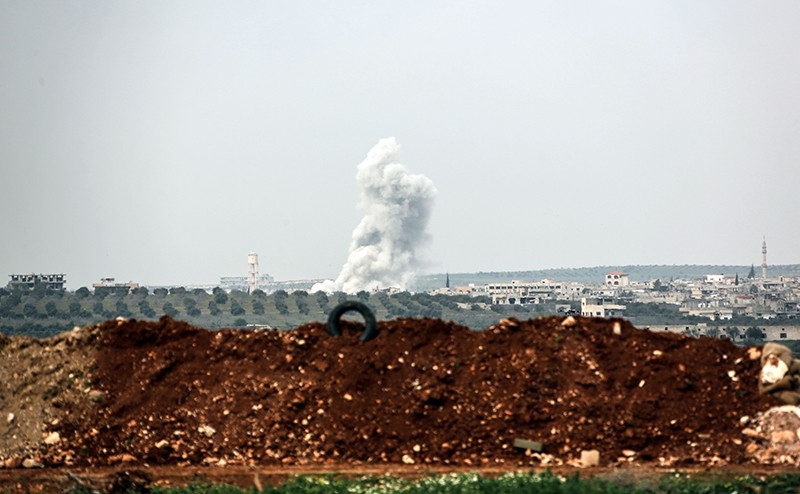 A picture taken on April 1, 2017 shows smoke plumes rising near the town of Qumhanah in the countryside of the central province of Hama (AFP Photo)
by Daily Sabah with Reuters Apr 02, 2017 12:00 am

Oposition sources claimed on Sunday that Russian jets hit an outpost in Syria's northwestern Idlib province near the border with Turkey, killing at least one opposition fighter and wounding several others.

A tripartite mechanism was established in February by Turkey, Russia and Iran to monitor the cease-fire in Syria.

Opposition forces say Russia has failed to put pressure on the Assad regime to ensure the ceasefire holds.

The village also houses hundreds of families and fighters from the Damascus suburb of Daraya which was evacuated by opposition forces and surrendered to Assad regime control last year.

War jets also believed to be Russian also struck Urum al Kubra town in opposition-held western Aleppo countryside where five civilians were killed, in an area that witnessed fighting between the opposition and the Assad regime, opposition said.