2 chemical attack victims from Syria die in Turkey, 56 others still being treated 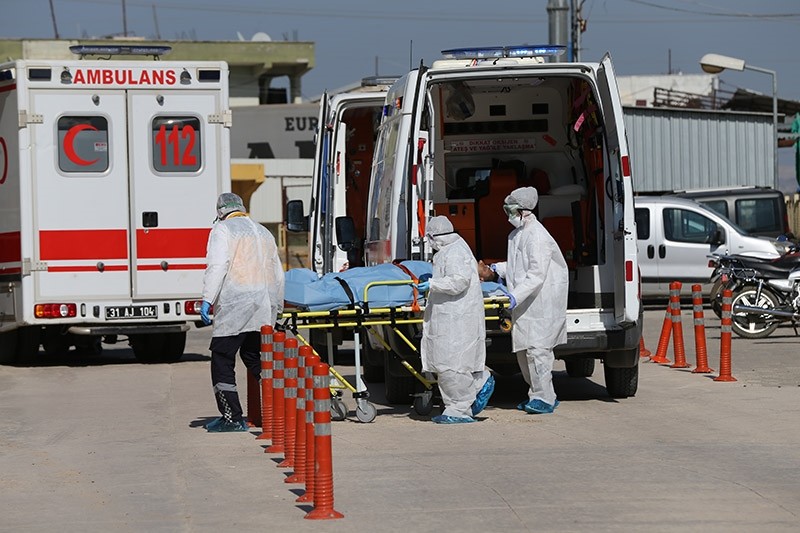 Two Syrians, who were brought to Turkey after the chemical attack in Idlib, have died, while medical treatment for the remaining 56 injured people continues.

A total of 58 injured Syrians were referred to hospitals in Turkey's southern provinces of Hatay and Gaziantep, after crossing the Cilvegözü border gate.

"We have some findings of a chemical attack. We are documenting the findings and will send them to the World Health Organization," Health Minister Recep Akdağ said.

"Humanity should not remain insensitive to this issue," he added.

Meanwhile, a statement from the Hatay Governorate said that the injured people were being treated at several private and state hospitals, including Antakya, Reyhanlı and İskenderun state hospitals and Hatay-based Mustafa Kemal University Hospital.

The Assad regime carried out a chlorine gas attack in the Khan Shaykun town of Idlib Tuesday, leading to the death of more than 100 civilians and injuring 500 others, mostly children.

As many civilians suffered respiratory problems in dire need of help, Turkey dispatched a total of 30 fully equipped ambulances for rescue operations.