If UN won't act on Syria chemical attack, the US will, Ambassador Nikki Haley warns 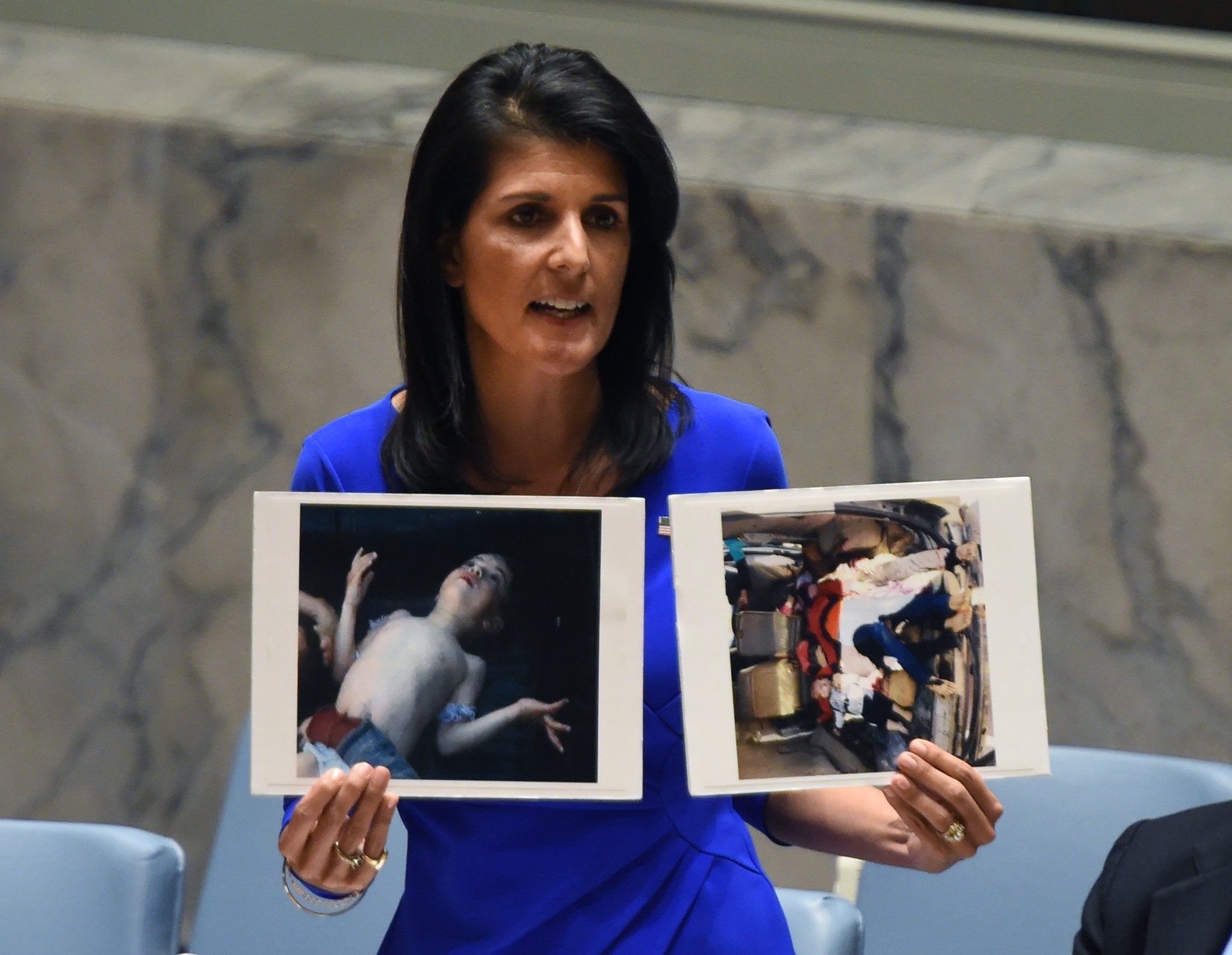 The United States warned Wednesday that it could take unilateral action if the United Nations fails to respond to a suspected chemical attack in Syria that has left scores dead, including children.

"When the United Nations consistently fails in its duty to act collectively, there are times in the life of states that we are compelled to take our own action," U.S. Ambassador Nikki Haley said.

The warning came during an emergency meeting of the UN Security Council called by France and Britain after the attack in the early hours on Tuesday on a opposition-held town in Idlib province.

Haley lashed out at Russia for failing to rein in its ally Syria, standing in the council chamber to hold up photographs of victims -- one showing a young child lying lifeless, a mask covering his face.

"How many more children have to die before Russia cares?" she asked.

At least 72 people, among them 20 children, were killed in the strike on Khan Sheikhun, and dozens more were left gasping for air, convulsing, and foaming at the mouth, doctors said.

It is thought to be the worst chemical weapons attack in Syria since 2013, when sarin gas was used.

"If we are not prepared to act, then this council will keep meeting, month after month to express outrage at the continuing use of chemical weapons and it will not end," Haley said.

Britain, France and the United States have presented a draft resolution demanding a full investigation of the attack, but Russia said the text was "categorically unacceptable."

The draft resolution backs a probe by the Organisation of the Prohibition of Chemical Weapons (OPCW) and demands that the Syrian regime cooperate to provide information on its military operations on the day of the assault.

Russia's Deputy Ambassador Vladimir Safronkov told the council that the proposed resolution was hastily prepared and unnecessary, but voiced support for an inquiry.

"The main task now is to have an objective inquiry into what happened," he said.

Negotiations were continuing on the draft text after Russia's foreign ministry said in Moscow that "the text as presented is categorically unacceptable."