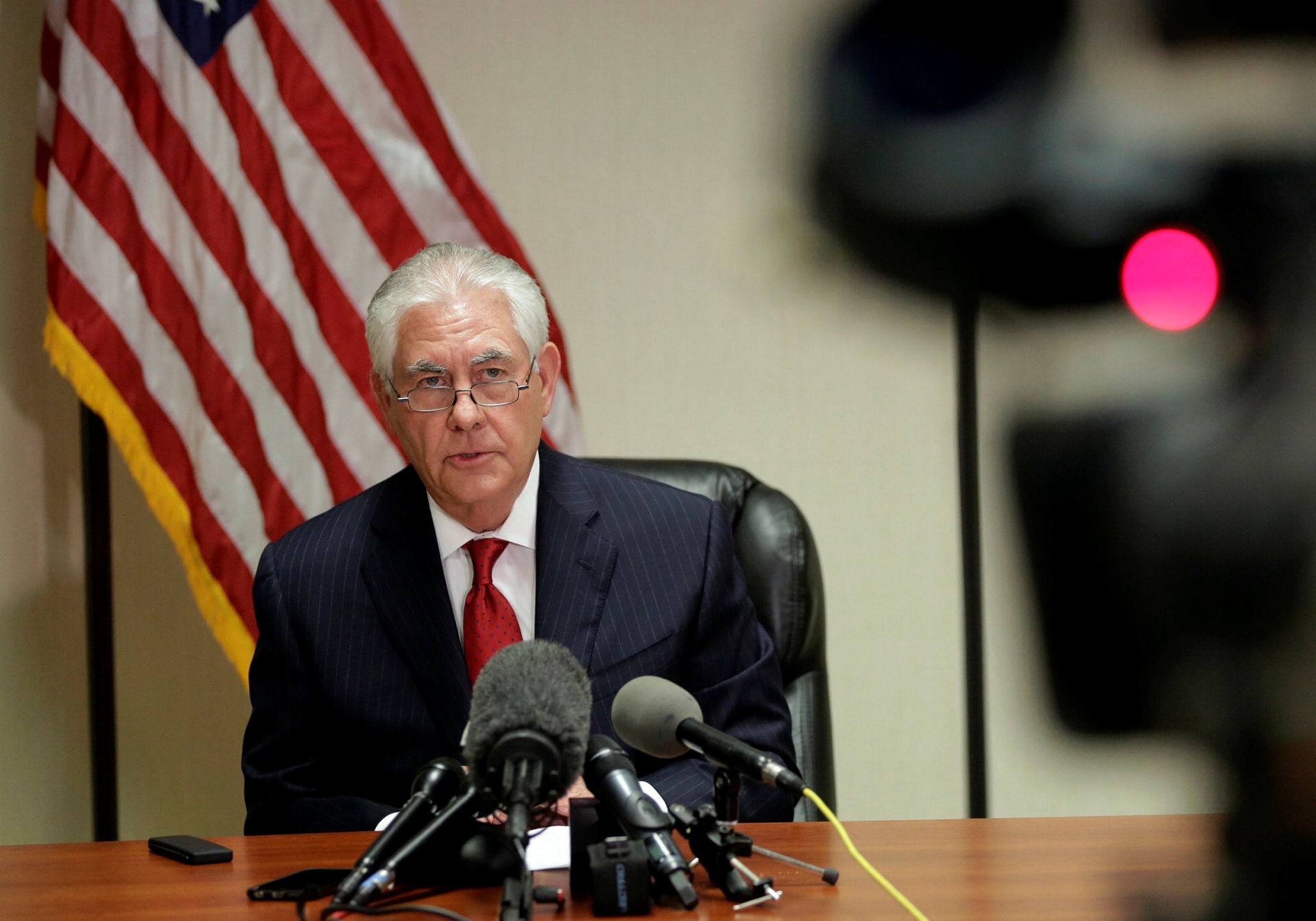 U.S. Secretary of State Rex Tillerson said on Thursday the U.S. government had no doubt that regime leader Bashar al-Assad was responsible for a chemical weapons attack that killed scores of civilians and he urged Russia to reconsider its support for the regime.

"It is very important that the Russian government consider carefully their continued support for the Assad regime," Tillerson told reporters as he arrived in Florida for discussions with Chinese officials.

"There is no doubt in our minds, and the information we have supports that Syria, the Syria regime under the leadership of President Bashar al-Assad are responsible for this attack," he said, adding that there was no role for Assad in Syria in the future.

Russia has stopped well short of blaming Assad for the suspected chemical attack in Idlib province that left at least 86 dead, including 27 children, whereas U.S., Turkey, France and UK on Wednesday laid the blame on Assad.