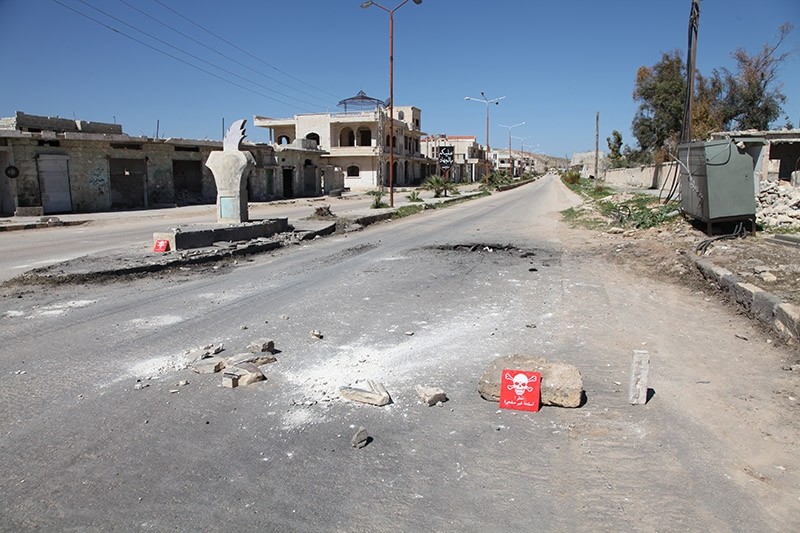 The head of Syria's Turkmen Assembly called on the UN to impose sanctions on the Assad regime, which has been perpetrating massacres for years and is responsible for a deadly chemical attack in Idlib, which killed around 100 civilians on Tuesday.

"What happened in the town of Khan Shaykhun was inhumane and another example of state terrorism carried out by the regime," Emin Bozoğlan said in reference to Tuesday's chemical attack in which scores of civilians were killed.

"The UN must respond by imposing sanctions on the Assad regime," he said.

"Children and innocent civilians are being slaughtered; this is inexplicable," he added.

Recalling a 2013 chemical attack in the Eastern Ghouta region of Damascus -- in which hundreds were killed and thousands injured by sarin gas in an alleged regime attack -- Bozoğlan asserted: "The regime's brutality will not be forgiven. The aggressor must be punished."

"The regime has consistently violated the ceasefire agreement," he continued. "The countries that played prominent roles in the ceasefire talks should be following the developments closely."

"The world can no longer be silent," he added. "The only place people can take shelter is at hospitals, yet these have been destroyed as well."

The Assad regime, for its part, has denied allegations that it targeted the area with chemical weapons, while Turkey has confirmed on Thursday that autopsy results show chemical weapons were used in Idlib.

Following the autopsy report, Turkey's Health Minister Recep Akdağ said that the results will be examined in the Hague afterwards.