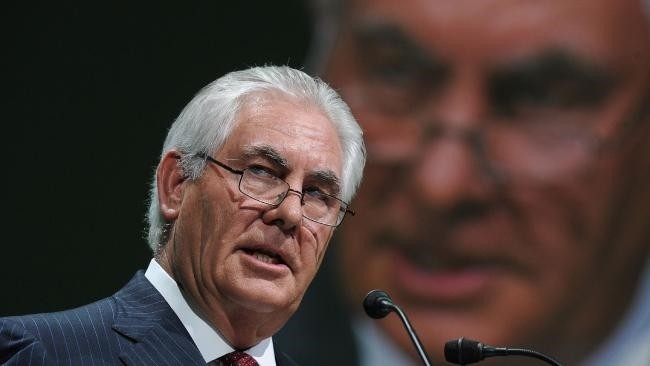 Secretary of State Rex Tillerson says there's "no doubt in our mind" that the Syrian government under President Bashar Assad's leadership is responsible for what he's calling a "horrific attack."

Tillerson says the U.S. thinks that it is time for Russia to rethink its support for Assad's government. He's reacting to a chemical attack in rebel-held territory in northern Syria that killed more than 80 people Tuesday.

At least 86 people were killed Tuesday in opposition-held Khan Sheikhun in northern Syria and dozens more are being treated after they were found convulsing and foaming at the mouth.

Erdoğan, Trump and other world leaders said the Syrian regime was to blame, but Moscow, a key ally of Assad, said the assault was caused by a Syrian airstrike that hit an opposition stockpile of chemical arms.

If confirmed, the attack would be among the worst incidents of chemical weapons use in Syria's civil war, which has killed over 320,000 people since it began in March 2011.