Support pours in after US hits Assad regime airbase in Syria 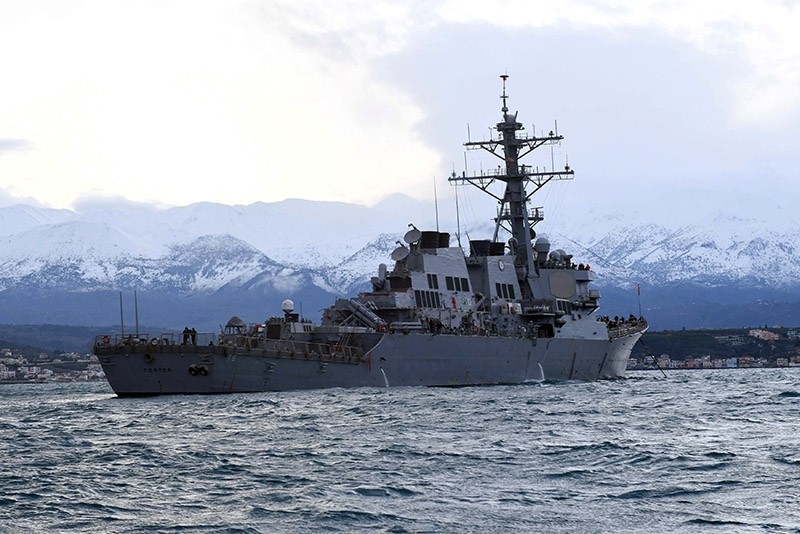 Messages of support poured in after U.S. missiles hit an Assad regime airbase in Syria on Thursday.

Saudi Arabia said that it "fully supports" U.S. strikes on military targets in Syria, saying it was a "courageous decision" by President Donald Trump in response to the use of chemical weapons against civilians.

"A responsible source at the foreign ministry expressed the Kingdom of Saudi Arabia's full support for the American military operations on military targets in Syria, which came as a response to the Syrian regime's use of chemical weapons against innocent civilians...," a statement carried by state news agency SPA said.

The statement praised what it described as "the courageous decision" by Trump and said it holds the Assad regime responsible for the military strikes.

The Israeli military said it had been informed in advance of a massive cruise missile strike on a Syrian airbase.

"In both word and action, President (Donald) Trump sent a strong and clear message today that the use and spread of chemical weapons will not be tolerated," a statement from Netanyahu's office said.

"Israel fully supports President Trump's decision and hopes that this message of resolve in the face of the Assad regime's horrific actions will resonate not only in Damascus, but in Tehran, Pyongyang and elsewhere."

"I was told by (U.S. Secretary of State) Rex Tillerson during the night," Ayrault told Reuters and France Info radio.

Ayrault called the escalation of the U.S. military role in Syria, in which two U.S. warships fired dozens of cruise missiles at an Assad-controlled airbase, "a warning" to "a criminal regime".

"Use of chemical weapons is appalling and should be punished because it is a war crime," Ayrault said, adding that Russia and Iran needed to understand that supporting Syrian President Bashar al-Assad made no sense, and that France was not seeking a confrontation with those two countries.

Ayrault added that France's only role in Syria at present was its part in the coalition fighting Daesh.

European Council President Donald Tusk said later on Friday that the EU would work with the U.S. to end brutality in Syria.

Australian Prime Minister Malcolm Turnbull said the "Australian government strongly supports the swift and just response of the United States" in launching a rocket attack on the air base.

He told reporters in Sydney on Friday: "This was a calibrated, proportionate and targeted response. It sends a strong message to the Assad regime, and ... has been struck at the very airfield from which the chemical attack was delivered."

"We hope for the continuation of the strikes in order to prevent the regime from using its planes to launch any new air raids or going back to using internationally banned weapons," said Ahmad Ramadan, head of the SNC's media office.

U.S. President Donald Trump said he ordered missile strikes against the airfield from which a deadly chemical attack was launched this week, declaring he acted in America's "national security interest" against Assad.

U.S. officials said the military fired dozens of cruise missiles against the base in response to the suspected gas attack in an opposition-held area, which Washington has blamed on Assad's forces. The regime has strongly denied responsibility and says it does not use chemical weapons.

"The airbase targeted by the U.S. strike was used to kill Syrians," Ramadan said, adding that the SNC believes the base in Homs was partly used to launch chemical attacks.

The U.S. attack "sends a clear message to the regime and its backers" that they can no longer avoid repercussions, Ramadan said.