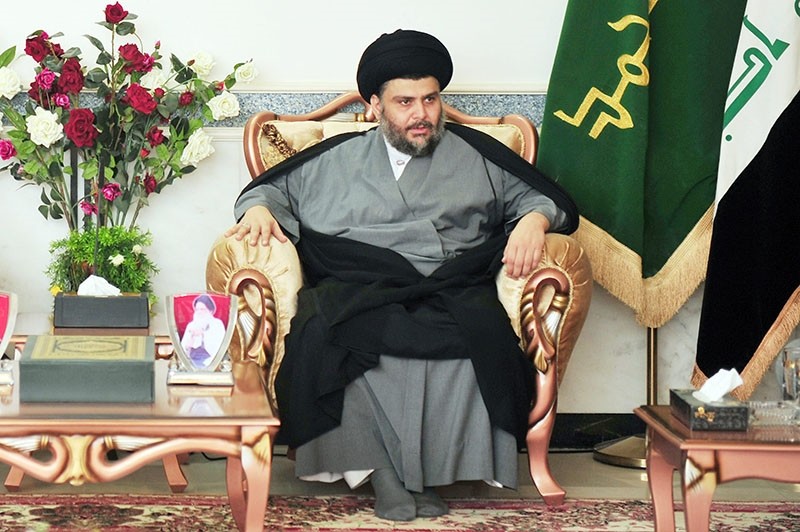 Sadr, who commands a large following among the urban poor of Baghdad and the southern cities, is the first Iraqi Shiite political leader to urge Assad to step down. But his call was wrapped in kind words about the Assad and condemnation of the U.S. strikes carried out on a Syrian airbase on Friday, in retaliation for a chemical attack on civilians in a rebel-held area of Syria. Sadr said the U.S. strikes would "drag the region to war" and could help "the expansion of Daesh," which controls parts of Iraq and Syria.

Iraq's Shiite-led governments have maintained good relations with the Syrian regime throughout the six-year Syrian civil war. Sadr is the only Iraqi Shiite leader to keep some distance from Iran, a main backer of Assad along with Russia. "I think it would be fair for President Bashar al-Assad to offer his resignation and step down in love for Syria, to spare it the woes of war and terrorism ...and take a historic, heroic decision before it is too late," Sadr said in a statement.

The Shiite-led Iraqi government issued a statement on Friday that reflected the difficult balancing act it maintains between its alliance with the United States and with Shiite Iran. It condemned the chemical attack, without naming Assad, calling instead for an international investigation to identify the perpetrator.

The statement also criticized "the hasty interventions" that followed the chemical attack, in an apparent reference to the U.S. strikes.

A U.S.-led coalition has been providing air and ground support to Iraqi forces battling Daesh terrorist group, allowing them to recapture most of the cities they had overrun in 2014 in Sunni areas of northern and western Iraq.