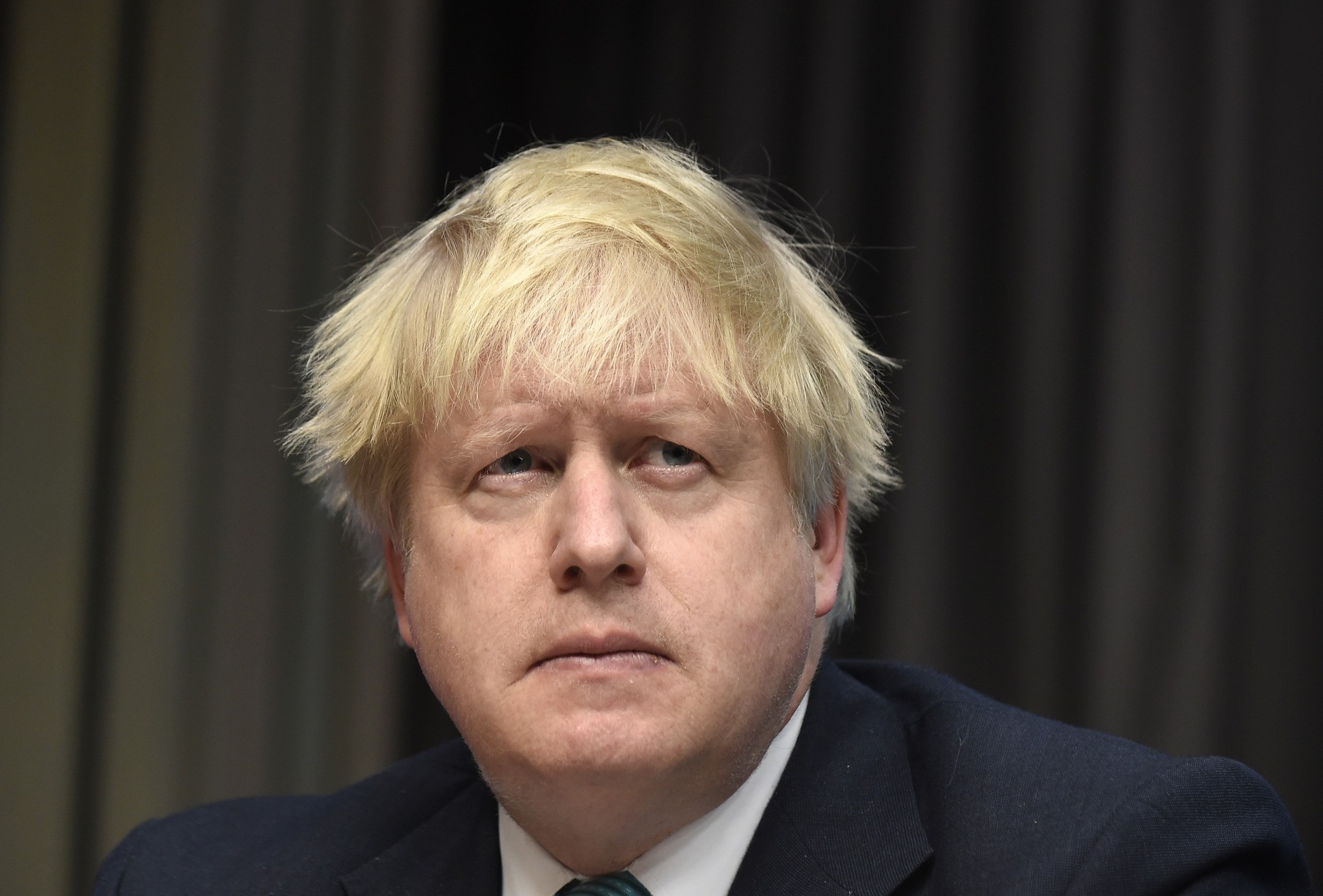 Foreign ministers from the Group of Seven industrialized nations met Monday to forge a response to the deadly chemical attack in Syria, and British Foreign Secretary Boris Johnson said they would consider imposing sanctions against Russian backers of Bashar Assad.

G-7 diplomats gathering in Lucca, Italy, hope to use outrage over the attack and wide international support for the United States' retaliatory missile strikes to push Russia to abandon Assad and join a new peace effort for Syria.

He said Russia had a choice: to continue backing the "toxic" Assad regime, "or to work with the rest of the world to find a solution for Syria, a political solution."

Last week's nerve gas attack in the opposition-held town of Khan Sheikhoun, which killed more than 80 people, stirred President Donald Trump — who was previously cool to the idea of U.S. intervention — to strike for the first time at Assad's forces. U.S. warships fired 59 cruise missiles at the Syrian regime air base from which the U.S. believes the attack was launched.

Tillerson said Monday at the site of a World War II-era Nazi massacre in central Italy that the United States is rededicating itself to hold to account "any and all" who commit crimes against innocent people.

With the group of wealthy nations working to see if it can strike a common front on Syria, Tillerson accompanied Italian Foreign Minister Angelino Alfano to Santa'Anna di Stazzema, where 560 civilians, including some 130 children, were killed in 1944.

Alfano said the site of past Nazi atrocities was a reminder that "peace is not a given. ... That is why we are here to work all together for peace and liberty."

The meeting in the Tuscan walled city of Lucca brings together the foreign ministers of France, Germany, Britain, Japan and Canada — as well as the U.S. and current G-7 president Italy.

Over the weekend, Alfano said that Europe's broad support for the U.S. military strikes had contributed to a "renewed harmony" between the United States and its partners as the G-7 foreign ministers prepared to meet for the first time since Donald Trump took office in January.

"We need to remember that not 10 years ago, but 100 or 120 days ago, the concern in Europe was that the United States and the EU were moving apart," Alfano told Sky TG24 Sunday. "I welcome this renewed harmony."

After meeting Tillerson, Japan's Kishida said "Japan supports the U.S. commitment in trying to take responsibility to prevent spread and use of chemical weapons and we confirmed Japan and the U.S. will continue to work together (in that effort)."

It is also taking place amid an ongoing terror threat that was underscored by the Palm Sunday bombing of Coptic churches in Egypt claimed by Daesh, and another truck attack on European soil, this time in Stockholm, on Friday.

The United States is fighting Daesh in Syria but had previously avoided striking government forces, largely out of concern about being pulled into a military conflict with Russia.

The chemical attack has sent a new chill through relations between the West and Moscow, which denies Syrian forces used chemical weapons.

Russia plans to put forward a proposal on Monday for an independent and impartial investigation of the attack, a spokesman for German Foreign Minister Sigmar Gabriel said in Berlin.

The spokesman, Martin Schaefer, said Germany viewed it as "a good and important sign."

Russia was kicked out of the club of industrialized nations, formerly the G-8, after its 2014 annexation of Ukraine's Crimea region and assistance for pro-Russian separatists in eastern Ukraine.

Britain's Johnson, who had been due to visit Russian counterpart Sergey Lavrov in Moscow ahead of Monday's G-7 meeting, canceled the trip at the last minute, saying the chemical attack had "changed the situation fundamentally."

He said that instead he would work with the United States and other G-7 nations "to build coordinated international support for a cease-fire on the ground and an intensified political process."

Tillerson is due to travel to Russia after the G-7 gathering, and Johnson said he will deliver a "clear and coordinated message to the Russians."

Washington has sent mixed signals about whether it shares the determination of allies including Britain that Assad must be removed from power.

After the chemical attack, Trump said his attitude toward Assad "has changed very much" and Tillerson said "steps are underway" to organize a coalition to remove him from power.

In a round of television interviews that aired Sunday, though, Tillerson said the top U.S. priority in the region remains the defeat of Daesh militants.

Among European nations, there are also differences. While Britain says Assad must go, Alfano was cautious on the issue, saying that decision should be up to the Syrians.

"I have to say, the Libya experiment did not go well. We are still paying the price," Alfano said, referring to the lawlessness that has ensued since the killing of longtime dictator Moammar Gadhafi and the subsequent flow of migrants to Europe via Italy.