'Low level of trust' between US and Russia, Tillerson says 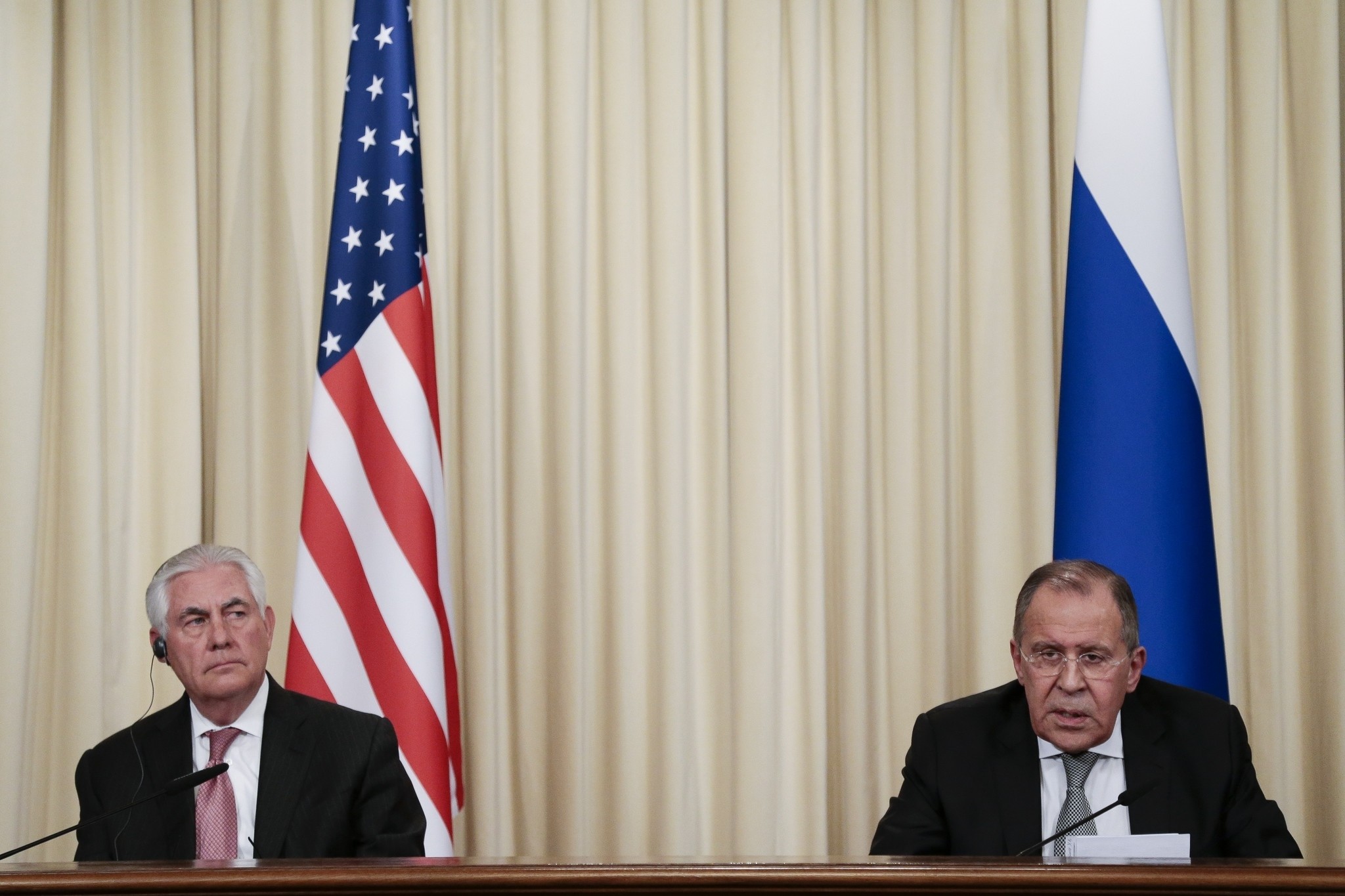 U.S. Secretary of State Rex Tillerson said Wednesday there was a "low level of trust" between Moscow and Washington after talks with his Russian counterpart Sergei Lavrov.

"There is a low level of trust between our two countries," Tillerson said at a news conference following the talks. "The world's two foremost nuclear powers cannot have this kind of relationship."

Tillerson reiterated the U.S. position that Bashar Assad must eventually relinquish power in Syria, a position starkly at odds with Russia.

He said working groups would be established to improve U.S.-Russian ties and identify problems. He also said the two sides would also discuss disagreements on Syria and how to end the country's six-year civil war.

But such hopes appeared optimistic as the diplomats outlined their sharply diverging views on Syria. Until the chemical attack, the Trump administration had sought to step back from the U.S. position that Assad should leave power. But Tillerson repeated the administration's new belief that "the reign of the Assad family is coming to an end."

Tillerson said the Syrian regime had committed more than 50 attacks using chlorine or other chemical weapons over the duration of the conflict. And he suggested that possible war crimes charges could be levied against the Syrian leader. Russia has never publicly acknowledged any such attack by Assad's forces and has tried for the past 18 months to help him expand his authority in Syria.

The civil war is separate from the U.S.-led effort against Daesh in the north of the country.

While most immediate, U.S.-Russian dispute concerned culpability for the chemical weapons, broader disagreements over everything from Ukraine to Russia's support for once-fringe candidates in European elections were among other sore points.

After a day of discussions with U.S. Secretary of State Rex Tillerson, Russian Foreign Minister Sergey Lavrov said the former Cold War foes agreed a probe of events in northern Syria on April 4 was necessary. More than 80 people were killed in what the U.S. has described as a nerve gas attack that Assad's forces undoubtedly carried out. Russia says opposition forces dispersed whatever chemical agent was found, which the Trump administration calls a disinformation campaign.

The news conference came after Russian President Vladimir Putin met the top American diplomat for almost two hours to see if they could rescue relations between the world's mightiest military powers. Russia's alleged meddling in the U.S. presidential election also hovered over the first face-to-face encounter between Putin and a Trump administration Cabinet member.

Steeped in geopolitical intrigue, the meeting between Putin and Tillerson wasn't formally confirmed until the last minute, following days of speculation about whether the Russian would refuse to grant the former oil executive an audience. Putin's decision to host Tillerson signaled Moscow's intent to maintain communication with the U.S. even as the countries bash each other publicly in louder and louder tones.

The men know each other well from Tillerson's days as Exxon Mobil CEO. Putin had even honored Tillerson a friendship award.

Still, Tillerson was greeted frostily in the Russian capital as Lavrov began their meeting Wednesday by demanding to know America's "real intentions."

"We have seen very alarming actions recently with an unlawful attack against Syria," Lavrov said, referring to the 59 Tomahawk missiles Trump launched at a Syrian air base to punish Assad for using chemical weapons. "We consider it of utmost importance to prevent the risks of replay of similar action in the future."