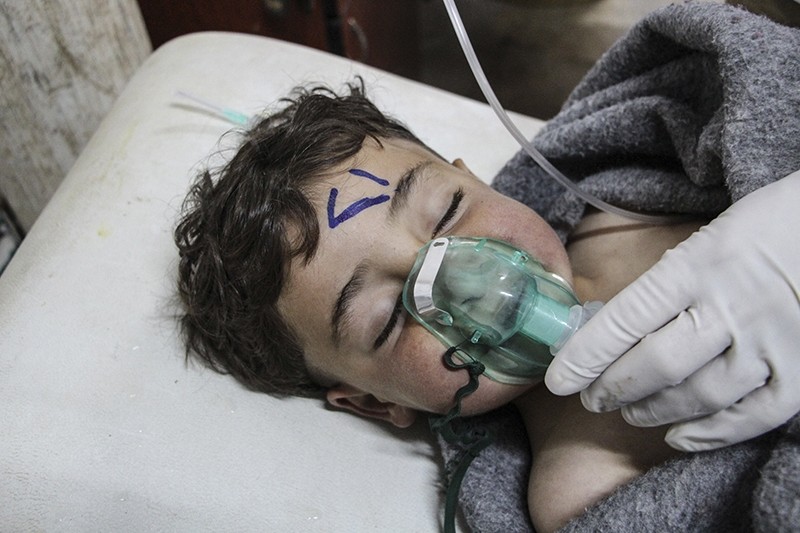 Al-Sakat, who defected the Syrian military in 2013, told the British daily The Telegraph that the Assad regime did not declare that it possesses chemicals including sarin in large quantities.

The former general said that Assad faked handing over its chemical arsenal as part of a deal in 2014 between the UN, U.S., Russia and the regime.

"The regime turned over 1,300 tons, but in reality, it possesses twice that amount," al-Sakat said, emphasizing that the total amount was at least 2,000 tons, including hundreds of tons of sarin gas.

The chemicals were stored in mountains outside Homs and Tartus, where the regime and Russians have their largest military base, according to al-Sakat.

Al-Sakat fled Syria and joined the Free Syrian Army after his son was arrested and tortured.

Meanwhile, Russia's Foreign Minister Sergey Lavrov denied al-Sakat's claim, and said that he believed the former general made the remarks due to pressure or in return for personal gain. Lavrov questioned why al-Sakat remained silent if there were more than 2,000 tons of chemical weapons at the time.

On April 4, more than 100 civilians were killed and 500 others -- mostly children -- were injured in a sarin gas attack strongly believed to be carried out by Assad regime warplanes in the town of Khan Shaykhun, Idlib province.

The use of sarin was confirmed through forensic medicine examination carried out by Turkish authorities, joined by World Health Organization (WHO) and the Organisation for the Prohibition of Chemical Weapons (OPCW) officials.

The Group of Seven industrialized nations, including Canada, France, Germany, Italy, Japan, the U.K. and the U.S., collectively agreed that Bashar Assad must leave control of the country and held his regime responsible for the attack in a meeting in Italy.

UN chief Antonio Guterres said the horrific event demonstrated that war crimes are going on in Syria and that international humanitarian laws are frequently being violated.