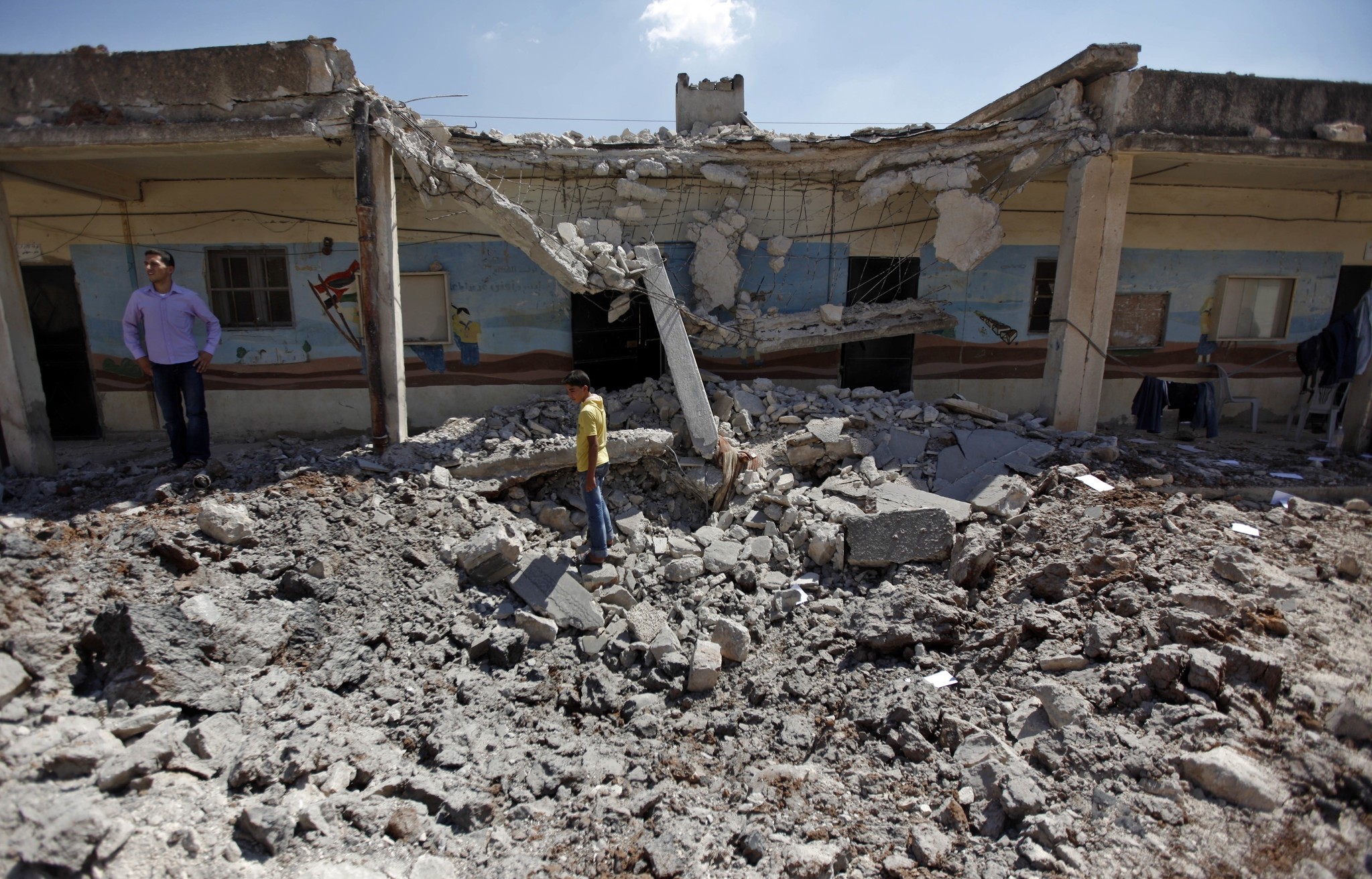 An overnight airstrike likely carried out by the U.S.-led coalition struck an eastern Syrian town held by the Daesh, killing at least 10 people and wounding dozens, opposition activists said. Another airstrike, this one during the day, hit a opposition-held village in the northwest on Tuesday, killing a woman and nine children.

The new purported took place as the U.S.-led coalition came under fire from Human Rights Watch over another deadly incident in northern Syria last month, in which dozens of people were killed.

The Daesh-linked Aamaq news agency said the strike of Boukamal killed six people and wounded 15 — all of them women and children. It did not say whether any Daesh fighters were also killed.

The U.S. military's regional command, CENTCOM, said in response to a query by The Associated Press that it was aware of the reports and was looking into them.

Opposition activist Omar Abu Laila, who currently lives in Europe but is from the province where the strike took place and maintains contacts there, said 10 people were killed, including an Iraqi family of four. He said Daesh cordoned off the area and cut all telecommunications after the strike, which heavily damaged at least four buildings.

"The number of casualties is huge," Abu Laila said, adding that mosque loudspeakers were used to urge people to head to hospitals to donate blood.

Daesh used to control wide parts of Syria and Iraq, where the group declared a caliphate in 2014. Over the past year the extremists have suffered a string of defeats at the hands of an array of Syrian and Iraqi forces.

On Tuesday in northern Syria, an airstrike on the village of Maaret Harmeh killed 10 people and wounded several others, activists said. The Observatory said those killed were all relatives. The Civil Defense, another activist group, said 10 people were also wounded in that attack.

Maaret Harmeh is close to the town of Khan Sheikhoun where a chemical weapons attack killed nearly 90 people on April 4.

The United States has accused the Assad regime of being behind the attack and fired missiles at a Syrian army base. Syria denies the charges.

Meanwhile, Human Rights Watch said in a report Tuesday that U.S. forces appear to have failed to take necessary precautions to avoid civilian casualties in a March 16 airstrike that killed dozens of people in the northern Syrian province of Aleppo.

U.S. officials said at the time that the airstrike hit an al-Qaida gathering, killing dozens of militants. Syrian opposition activists said around 40 people, mostly civilians, were killed in the crowded Omar Ibn al-Khattab Mosque in the Jeeneh district. U.S. officials at the time also said they found no basis for reports that civilians were killed.

However, Human Rights Watch's 16-page report said it found no evidence to support the allegation that members of al-Qaida or any other armed group were meeting in the mosque. It said a religious lecture was being held at the time of the attack and that prayers were about to begin.

"The U.S. seems to have gotten several things fundamentally wrong in this attack, and dozens of civilians paid the price," said Ole Solvang, HRW deputy emergencies director. "The U.S. authorities need to figure out what went wrong, start doing their homework before they launch attacks, and make sure it doesn't happen again."

Lama Fakih, the New York-based watchdog's deputy for Mideast and North Africa, told the AP that the report concluded the mosque strike killed at least 38 people. She added that the U.S.-led coalition appears to "have failed to understand" that the building being hit was a mosque.