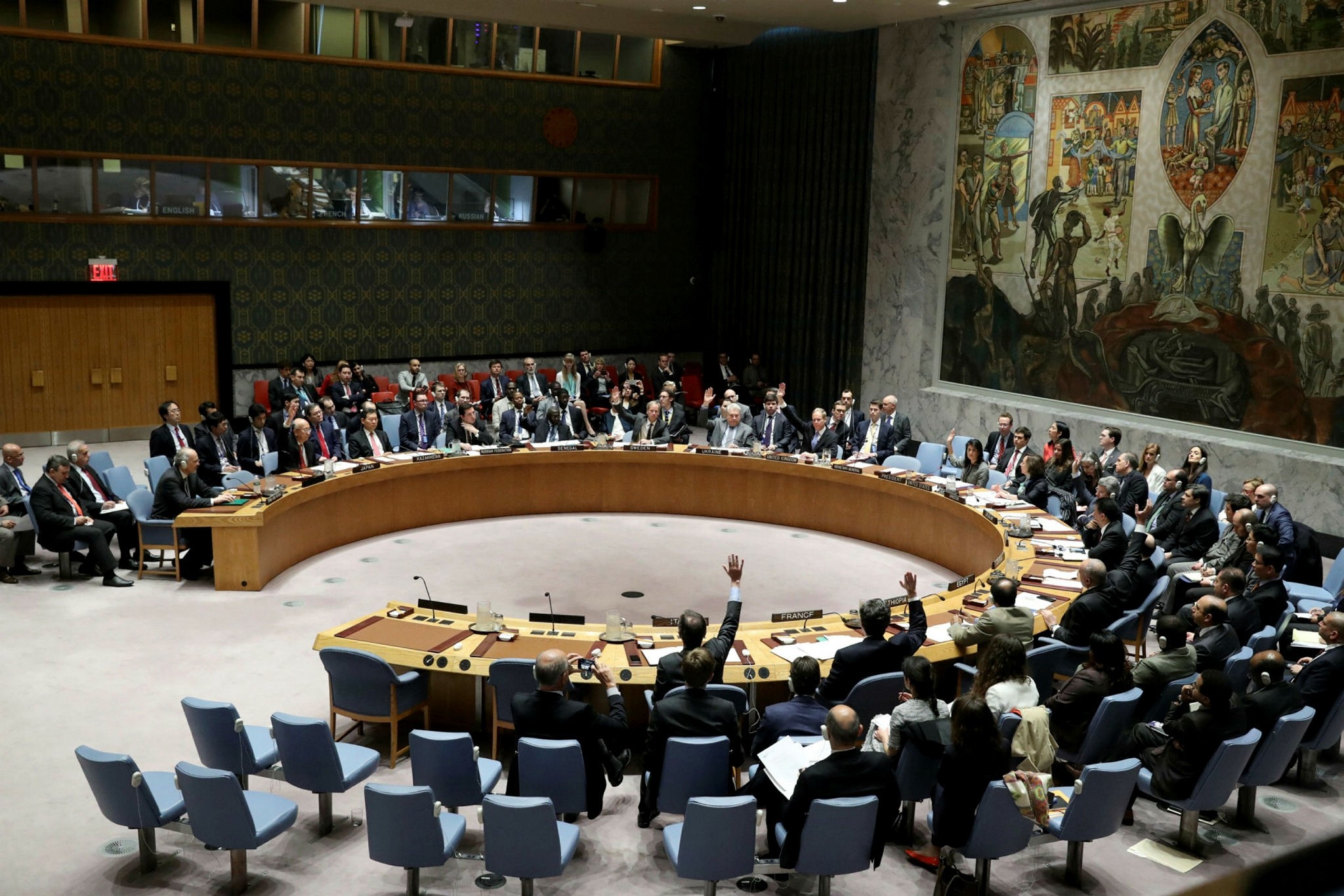 U.S. President Donald Trump said on Monday that the UN Security Council failed to act in response to the regime's chemical weapons attack in Syria.

On Monday, the Trump administration said it will issue new sanctions against the Syrian state as early as Monday as part of its ongoing crackdown on the regime and those who support it.

Three U.S. officials said that the sanctions are part of a broader effort to cut off funding and other support to Bashar Assad and his regime amid the country's escalating civil war. The U.S. blames Assad for a recent chemical attack on Syrian civilians, and responded earlier this month by launching missiles against a regime airfield.

One official said the sanctions will primarily target weapons manufacturers believed to aid Assad's use of chemical weapons.

The officials spoke anonymously because they were not authorized to discuss the decision publicly.

Trump has called Assad "evil" and said his use of chemical weapons "crossed a lot of lines."

The U.S. has gradually been expanding its sanctions program against the Assad regime since 2004, when it issued sanctions targeting Syria for a range of offenses, including its support of terrorism, as well as its occupation of Lebanon, efforts to undermine stability in Iraq and pursuit of weapons of mass destruction.

More recently, sanctions were expanded in connection with its civil war, now in its sixth year, to target offenses linked to the ongoing violence and human rights abuses.

Current sanctions seek to block the property and interests in property of the regime from receiving funding and support.

The U.S. has also issued sanctions for foreign individuals or companies that support Assad's regime. A number of Iranian entities have been penalized for supporting Assad or fighters working to undermine peace in Syria.

While Moscow and Washington are continuously at odds over Syria, the U.S. has not imposed any Syria-related sanctions on Russia.