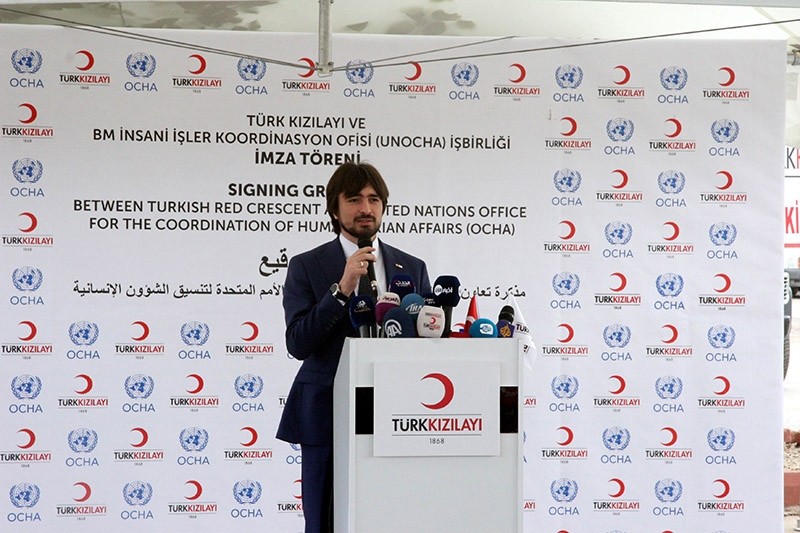 Turkish Red Crescent's Director General Mehmet Güllüoğlu has called for medical help from local and international organizations for the ongoing humanitarian crisis and the destitute health care service in Syria.

The director general also underlined that the humanitarian organization continued to transport food aid especially to the area between Syria's Azez-Jarablus, which was cleared of Daesh terrorists in the Turkey-led Operation Euphrates Shield, adding that aid in the areas of education and health care were also provided.

"Millions of Syrians do not have access to regular health care," Güllüoğlu warned, saying that every country should support hospitals in the war-torn country.

He also said that the aid sent over the past five years was successfully delivered to Syrians in need in the fastest way possible, after necessary controls were conducted by the Turkish Red Crescent.

Güllüoğlu also announced that the Turkish Red Crescent is developing a new project to build 30-40 square meter housing units for the refugees in already established camps in Syria with the newly received support from gulf countries.

Since then, hundreds of thousands are believed to have been killed and millions more displaced.