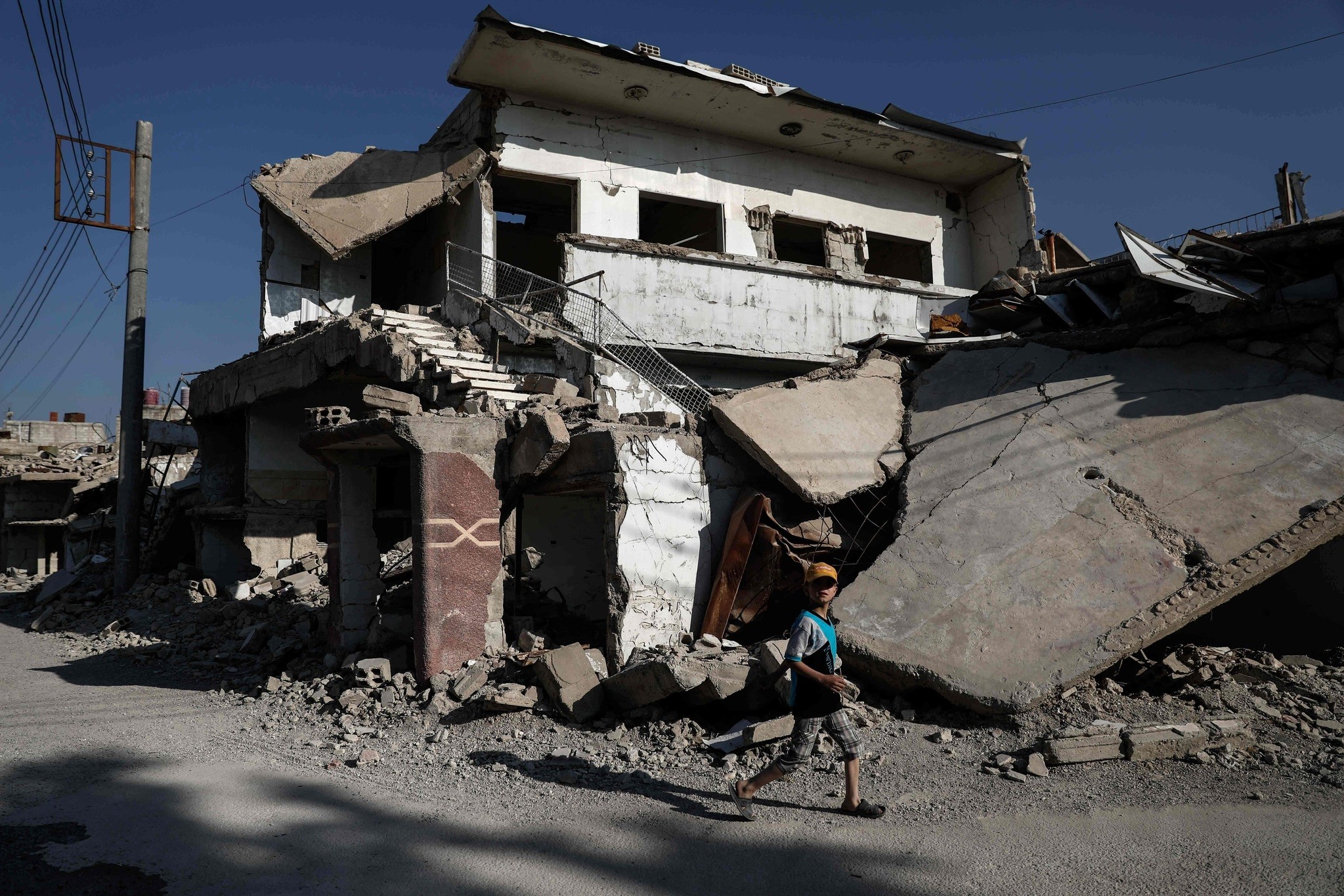 Fighting eased in Syria on Saturday after a deal signed by opposition supporter Turkey and Assad regime backers Russia and Iran and to create four "de-escalation zones" began to take effect.

The multi-phase plan which was promoted by Turkey for years, signed on Thursday in the Kazakh capital Astana, is one of the more ambitious efforts to bring an end to Syria's six-year conflict.

It provides for a ceasefire, rapid deliveries of humanitarian aid and the return of refugees after the creation of "de-escalation zones" across stretches of eight Syrian provinces.

Those zones would see a halt to hostilities, including air strikes. The plan also proposes the deployment of "third-party" monitoring forces.

It began coming into effect at midnight (2100 GMT Friday), according to Russia, but co-sponsors have until June 4 to finalize the zones' borders.

The four main battlegrounds covered are the northwestern province of Idlib, parts of central Syria, the south, and the opposition enclave of Eastern Ghouta near Damascus.

Some of those areas had already seen a drop in violence by Saturday.

"We noticed there are fewer airplanes, almost none. People are buying and selling more," said Abu Qais, a 26-year-old trader in the town of Maaret al-Numan in Idlib province.

Regime warplanes could be heard from Eastern Ghouta around midday on Saturday, according to an AFP correspondent in the opposition-held town of Douma.

The Syrian Observatory for Human Rights said regime forces were clashing with the opposition in the central province of Hama, dropping barrel bombs and firing artillery at several opposition-held villages there.

"Despite these violations, we can still say that hostilities have dropped," said Observatory head Rami Abdel Rahman.

The Britain-based Observatory said it had recorded no civilian casualties yet on Saturday, but that several fighters were killed in regime bombardment of Daraa and Aleppo provinces in the first reported deaths since the deal came into effect.

Several ceasefires have been agreed since Syria's conflict broke out in March 2011, but they have failed to permanently stem the fighting.

The new deal was penned by Turkey, which backs the opposition, as well as Russia and Iran, both supporters of regime leader Bashar al-Assad.

It was reached in Astana during another round of negotiations to shore up a faltering truce deal brokered in December.

The agreement would initially last six months but could be extended by the guarantors.

It does not specify that the safe zones take effect immediately, but gives the three guarantor countries two weeks to form working groups to delineate them and then until June 4 to come up with their definitive boundaries.

Access to the areas will be controlled via security zones complete with checkpoints and observation posts.

The deal also calls for a continued fight against Daesh and former Al-Qaeda affiliate Fateh al-Sham Front, which could pose challenges.

In Idlib province, in particular, Fateh al-Sham is a major component of the opposition forces that control the area.

The Assad regime and opposition groups are not signatories, and both sides spoke vaguely about "violations" of the agreement on Saturday.

A senior military source in Damascus said the army had noted breaches but was waiting for the zones to be fully delineated.

And a member of the opposition delegation to the talks told AFP on Saturday that the opposition was "recording violations of the deal committed by the regime and its militias".

"We will send this list to the Russians via the Turks," the source said, speaking on condition of anonymity.

Germany's foreign ministry said it was worried by reports of violations but that successfully implementing the deal could be the first step towards a real ceasefire in Syria.

US officials have given the deal a guarded welcome and have followed up its signing with several phone calls with Russia.

US Secretary of State Rex Tillerson discussed Syria with Russian Foreign Minister Sergei Lavrov on Friday, and General Joseph Dunford, chairman of the US Joint Chiefs of Staff, spoke with his Russian counterpart General Valery Gerasimov on Saturday.

World powers are hoping that success on the ground could pave the way to a new round of political talks in Geneva later this month.

More than 320,000 people have been killed in Syria since the country's war began with demonstrations against Assad six years ago.