Tension rises over US airstrikes on pro-Assad regime convoy 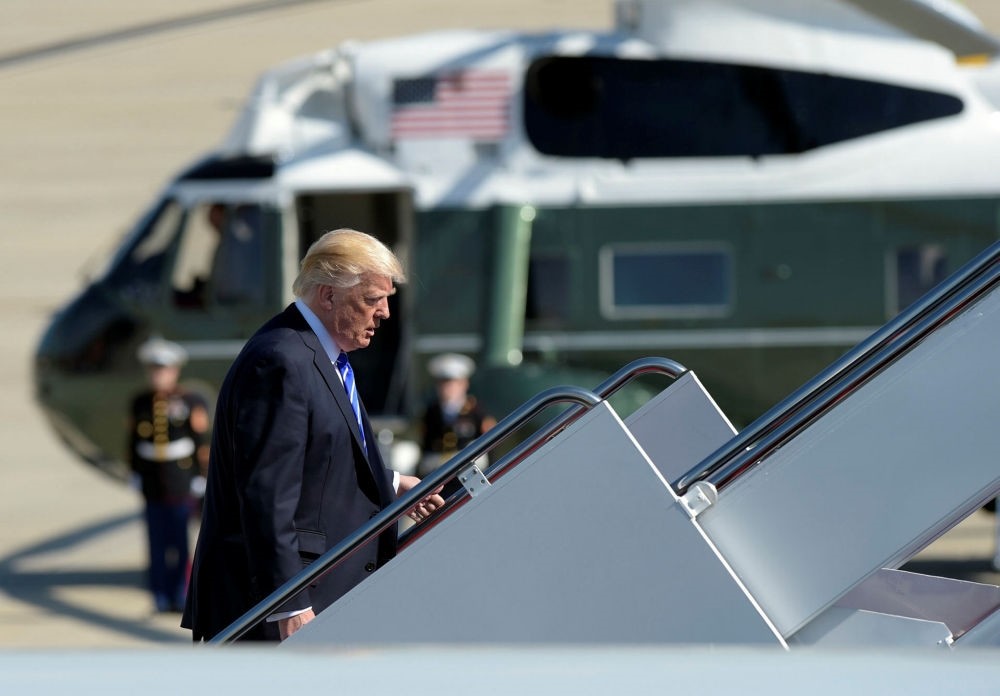 The U.S. military carried out the air strike on Thursday against Iran-backed Shiite militia supported by the Syrian regime that posed a threat to U.S. and U.S.-backed Syrian fighters in the country's south, U.S. officials told Reuters.

The militia, who numbered in the dozens and drove a tank and a small number of construction vehicles, ignored warning shots from U.S. aircraft and, according to a U.S.-led coalition statement, even "apparent Russian attempts to dissuade" their advance.

One of the U.S. officials, who spoke on condition of anonymity, speculated that the group might have been trying to establish a position near the garrison in Syria used by U.S. and U.S.-backed forces around the town of At Tanf. "They were potentially probing to see how close they could get to At Tanf," the official said.

The area around al-Tanf has been a source of tensions as both Syrian regime forces and U.S.-backed rebels advance there trying to rout Daesh terrorist group from the region.

Bashar al-Assad and its key ally, Russia, condemned on Friday a US-led coalition airstrike against an army position that Damascus said left several of its soldiers dead. "The so-called international coalition carried out Thursday an aggression against one of our military points that resulted in a number of martyrs and material damage," an unnamed army official said, according to Syrian state news agency SANA.

Russian Deputy Foreign Minister Gennady Gatilov said Friday that the airstrike was "absolutely unacceptable and a violation of Syria's sovereignty."

The region around Tanf, where the borders of Jordan, Syria and Iraq meet, has been considered a de-conflicted zone, under an agreement between the U.S. and Russia that went into effect earlier this month. Speaking to reporters, U.S. Defense Secretary Jim Mattis said the U.S. will defend its troops in case of "aggressive" steps against them. He was asked if the airstrike increases the U.S. role in the Syrian war.

Russia and Iran have deployed forces to Syria to back up leader Bashar al-Assad while the US and many of its regional and Western allies have called for the strongman to leave power. Iran, which has been accused of exposing sectarian fault lines in the region, especially in Yemen, Syria and Iraq, tried to soften its rhetoric as Rouhani said there should be greater unity between Shiites and Sunnis and that they had coexisted side by side peacefully for hundreds of years. Iran continues to send advanced weapons and military advisers to its Shiite allies in Syria, Iraq and Yemen while stepping up support civil wars whose outcome could sway the balance of power in the Middle East.

The U.S. strike was the second deliberate military attack on forces loyal to Syrian President Bashar al-Assad. In April U.S. President Donald Trump ordered cruise missile strikes in retaliation for a chemical weapons attack that Washington blamed on Damascus. On April 7, the U.S. launched dozens of missiles against the Shayrat airbase in central Syria, from where a chemical weapons attack that killed more than 80 civilians is thought to have been launched.