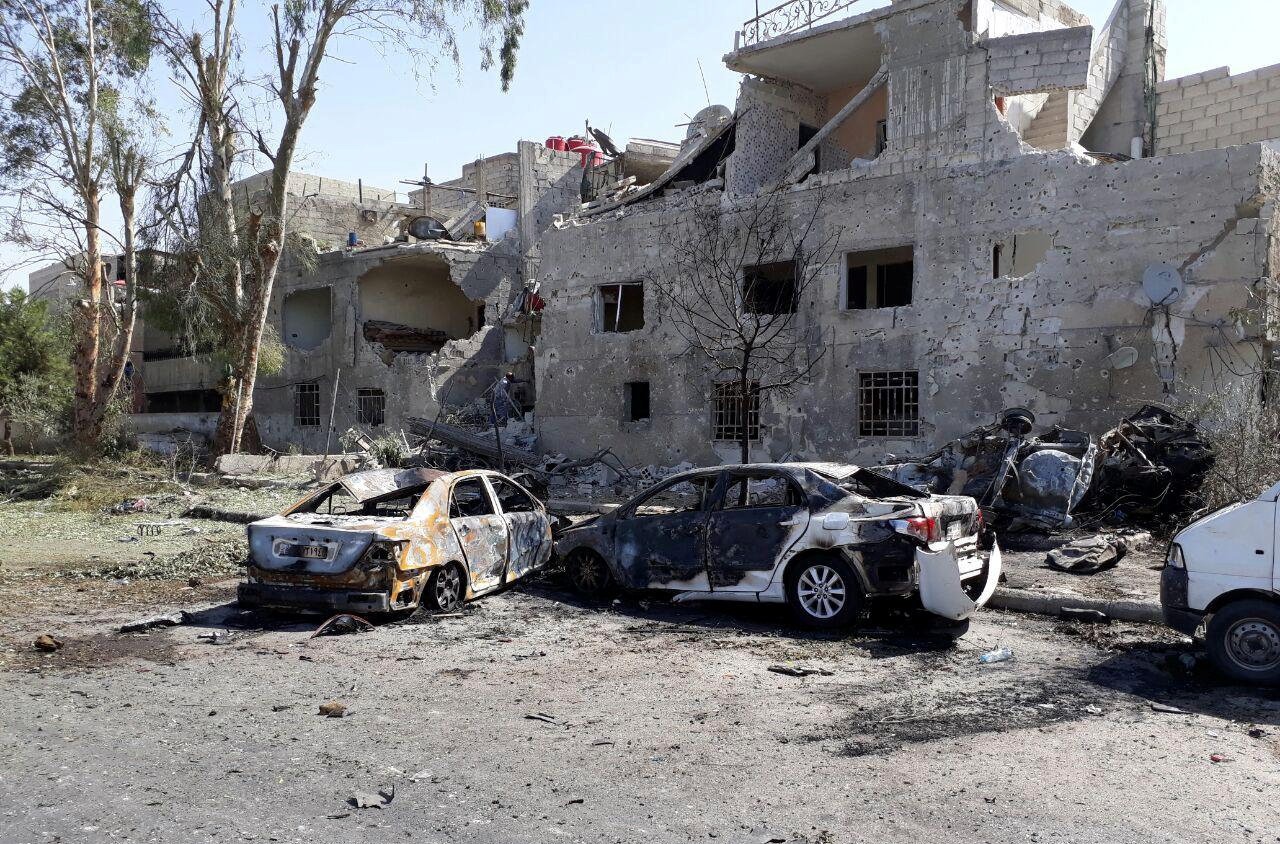 A suicide car bomber pursued by security forces blew himself up in eastern Damascus on Sunday, with a monitor reporting 18 killed in the deadliest attack to hit the Syrian capital in months.

State television said two of the vehicles were blown up on the outskirts of the city.

A third managed to reach the eastern Tahrir Square district, where the driver was surrounded but able to detonate a bomb.

There was no immediate claim of responsibility, but previous deadly attacks in Damascus have been claimed by the Daesh group and rival militant factions.

The Observatory, a Britain-based monitor, said 18 people were killed in Sunday's bombing, including at least seven members of pro-regime security forces and two civilians. It had not identified the remaining victims.

It said at least 12 other people were wounded in the blast.

Syrian state news agency SANA quoted an interior ministry statement as saying two of the vehicles had been "destroyed" at a roundabout on the road to the city's airport.

The driver of the third blew himself up while being pursued, it said, "killing a number of civilians, injuring others, and causing material damage to public and private properties."

An AFP correspondent at Tahrir Square saw extensive damage to nearby buildings. Two bombed-out cars were visible to one side of the square, which was strewn with debris.

A woman was crying in an apartment near the site of the attack. Her balcony had collapsed and the living room was a mess of broken glass and shattered masonry, with pictures and curtains strewn across the floor.

The woman said her daughter had been taken to hospital after being injured by flying glass.

Tahrir Square resident Mohammad Tinawi told AFP that he had heard "gunfire at around 6:00 am (0300 GMT), then an explosion which smashed the glass of houses in the neighborhood."

He said he had seen Red Crescent volunteers treating two wounded soldiers. A shopkeeper confirmed that the explosion had gone off at around 6:00 am.

Hours after the blast, security was still tight at checkpoints around the city center although local authorities had reopened some streets leading to Tahrir Square.

University exams that were supposed to be held on Sunday near the site of the first two blasts were postponed.

Damascus has been spared the large-scale battles that have devastated other major Syrian cities during the country's six-year civil war.

But dozens of people have been killed in bombings, usually on the outskirts of the capital.

In mid-March, bomb attacks on a courthouse and restaurant in central Damascus killed 32 people. That rare assault in the heart of the city, which remains under regime control, was claimed by Daesh.

It came days after two explosions that left 74 dead in the capital's Old City and were claimed by the Tahrir al-Sham coalition, led by the Fateh al-Sham Front.

Battlefronts around Damascus have calmed since a May deal that saw opposition fighters withdraw from several neighborhoods, along with a separate agreement on "de-escalation" zones -- including one in a rebel stronghold just outside the capital.

Syria's conflict broke out with anti-government protests in 2011, but has since evolved into a multi-front war that has killed more than 320,000 people.