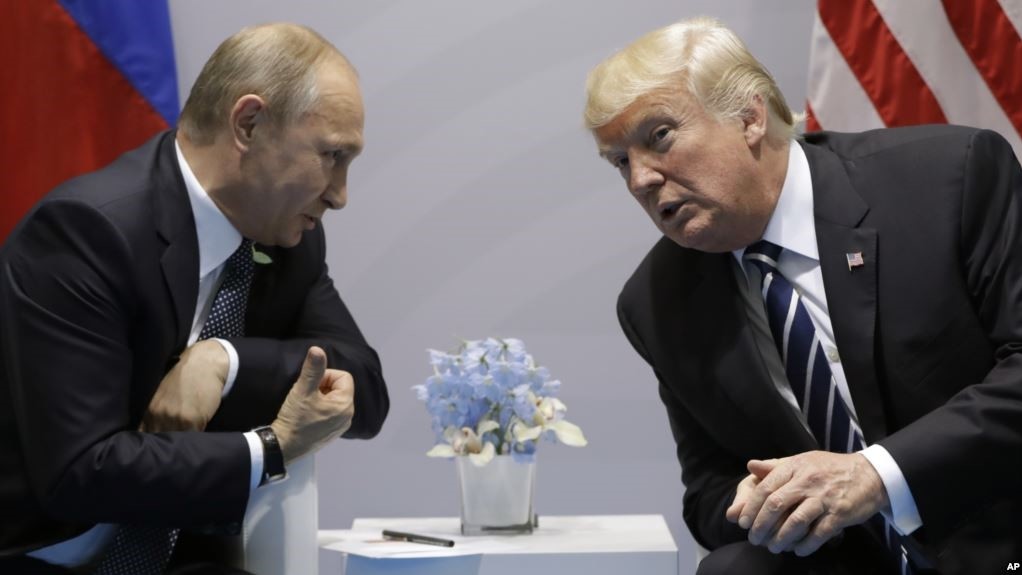 During the G20 meeting in Hamburg, the U.S. and Russia declared they had reached a cease-fire agreement to be imposed in Syria's southwest. While previous attempts have constantly failed, this time the truce may turn the country's Daesh-controlled area into the center of the fight

Amid violent protests in Hamburg, Germany, where the G20 meetings were held, U.S. President Donald Trump and his Russian counterpart Vladimir Putin reached an agreement on a cease-fire that will be imposed in southwest Syria near the Jordanian border. "I think this is our first indication of the U.S. and Russia being able to work together in Syria, and as a result of that we had a very lengthy discussion regarding other areas in Syria that we can continue to work together on to de-escalate the areas," U.S. Secretary of State Rex Tillerson said. Russian Foreign Minister Sergei Lavrov said, "Securing humanitarian access and setting up contacts between the opposition in the region and a monitoring center that is being established in Jordan's capital."

"Israel also is part of the agreement, one U.S. official said, who like others wasn't authorized to speak publicly on the matter and demanded anonymity. Like Jordan, Israel shares a border with the southern part of Syria and has been concerned about a spillover of violence as well as an amassing of Iranian-aligned forces in the south of the country. Jordanian government spokesman Mohammed Momani confirmed the accord in a statement that made no reference to Israel's participation. Syrian government forces and its allies will stay on one side of an agreed demarcation line, and rebel fighters will stick to the other side. The goal is also to enable aid to reach this area of Syria, Momani told state media. U.S. officials said the U.S., Russia and Jordan had only agreed on that demarcation line last week, clearing the way for a cease-fire to be worked out," the Associated Press reported on Saturday.

Similar previous attempts have consecutively failed since different parties have not been committed to the truces. Yet, this time it might be different as both the U.S. and Russia consider the southeastern part of the country, which is still under Daesh's control, to be more important. Therefore, calmness in truce-imposed areas may be witnessed, while the southeastern parts and PYD-controlled areas may become centers of clashes.

While the two have reached an agreement not only on Syria but also to not litigate claims that Russia interfered with the U.S. elections, as a result of which Trump's cabinet had to be replaced, they think erasing Daesh will be a major victory. The U.S. has been heavily arming the PKK-linked Democratic Union Party (PYD), despite Turkey's concerns. On the other hand, Russia does not want to focus its efforts on other parts but on taking Daesh-controlled areas. The unseen rivalry became visible when the U.S. targeted some regime forces that attempted to curb the PYD's power in certain areas.

A quick look at previous years will show that the regime has pounded PYD positions in Hasaka as a way of showing its discontent with the idea of autonomy. Besides, Russia has staunchly opposed such a move and has declared its support for Syrian unity. Yet, the intra-opposition fight and the recent Qatari crisis, which has crystallized disputes among certain countries, and which were on the same side in Syria, whet the U.S.-backed PYD's appetite for Idlib and for reaching the Mediterranean, thereby spanning the whole Turkish border. Keeping in mind that Russia deployed soldiers in Afrin after Turkey drove Daesh out from its borders and warned the PYD not to cross the Euphrates' west, a title of an article in Sputnik, the mouthpiece of the Russian government, likened the Syrian Democratic Forces (SDF) to other "terror" groups. Thanks to the comments of a political analyst, Sputnik's choice for the title may be seen as a signal, revealing Russia's changing stance toward the PYD and the so-called SDF, which symbolically contains some Arab fighters as well.

The changing balances in Syria may push Turkey and Russia closer since the PYD, the U.S.'s puppet, is considered a national security threat by Ankara and a menace to Syria's unity by Moscow. Meeting in Hamburg, the leaders of the two countries, Recep Tayyip Erdoğan and Putin, warmly praised each other's efforts in Syria. "Above all, the expectations in the region regarding Syria and Iraq are very high. I place importance on our meeting also from that point," Erdoğan said. Putin said at the start of their meeting that Erdoğan's stance "has made it possible to improve the situation in Syria." Erdoğan similarly praised Putin's role and noted that efforts by Russia and Turkey "set a clear example for the international community."