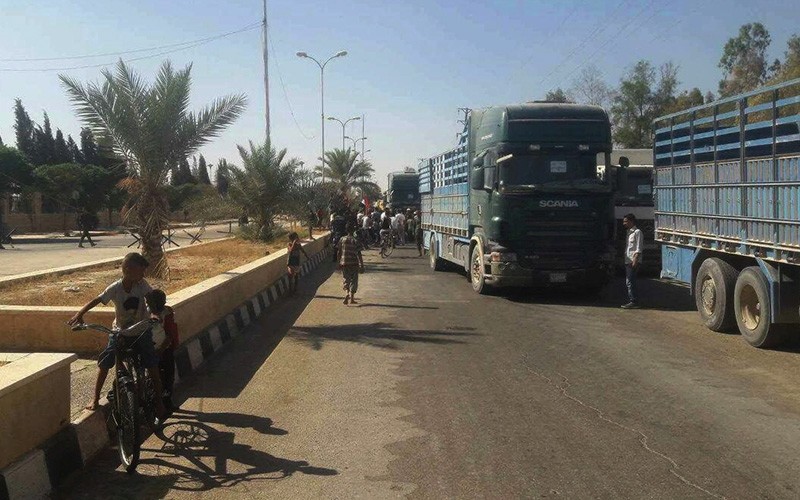 A local journalists contributing to AFP confirmed that a convoy of 40 trucks carrying food had entered the city, where the army and allied forces breached a Daesh group siege earlier this week.

"This is the first convoy of foodstuff to enter the city for nearly three years," said Mouin al-Akl, an official with the Syrian Trade Association, which contributed the supplies.

The items were to be taken to the local branch of the trade directorate and then distributed to local shops for sale, he added.

Assad forces on Tuesday broke through a years-long siege imposed by Daesh militants on tens of thousands of civilians in Deir el-Zour.

The Russian-backed soldiers and allied fighters opened a route through the Brigade 137 base on Deir el-Zour's western edge and had been working since Tuesday to de-mine it to allow the convoy to enter.

A second part of the city, including its key military airport and surrounding neighborhoods, remains under Daesh siege.

Another convoy carrying food but also clothing and other items is also expected to arrive in the coming days.

Some 100,000 people were estimated to be trapped in regime-held areas under Daesh siege before troops broke into Deir el-Zour on Tuesday.

The regime was able to periodically bring in supplies by helicopter and the United Nations airdropped aid into the city, but it was otherwise cut off by the siege.