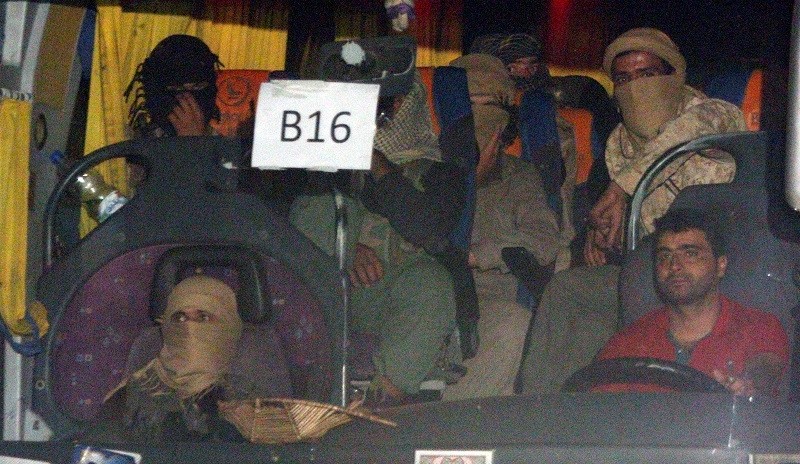 The regime and Hezbollah allowed nearly 300 lightly armed militants and 300 relatives to leave the Syria-Lebanon border region in a surrender deal, after an offensive there last month.

The transfer marked the first time Daesh militants publicly agreed to such an evacuation from territory it held.

A U.S.-led coalition had temporarily stopped the 17 buses from reaching Deir al-Zour and the convoy split in two. It was not immediately clear if all the buses arrived in Daesh territory in Deir al-Zour on Wednesday.

"The deal has been completed," said the commander in the military alliance fighting in support of the Assad regime.

The buses took the route between the town of al-Sukhna and Deir al-Zour, a main road that the Syrian army and allied forces seized in recent days, the commander said.

Along the route, the combatants swapped the evacuees for a Hezbollah prisoner who had been in Daesh captivity, the non-Syrian commander added.

Under the evacuation deal in August, Daesh militants left their enclave at the border after a week-long battle in return for safe passage to Deir al-Zour province in Syria.

Lebanon's Shi'ite Hezbollah recovered the remains of some of its forces killed in Syria as part of the swap, and was meant to recover one of its fighters that Daesh held captive.

The transfer ended any insurgent presence on the frontier, where the Lebanese army had also been fighting the militants in a separate offensive on its side of the border.

But the U.S.-led coalition fighting Daesh blocked the convoy from entering Daesh territory in east Syria, near the border with Iraq, by cratering roads and destroying bridges.

The convoy split in two, with 11 buses remaining in the open desert and others retreating into Assad regime territory.

Last week, the U.S. coalition said its surveillance aircraft moved away from the buses in the no-man's land after pro-regime forces "advanced past" the convoy.