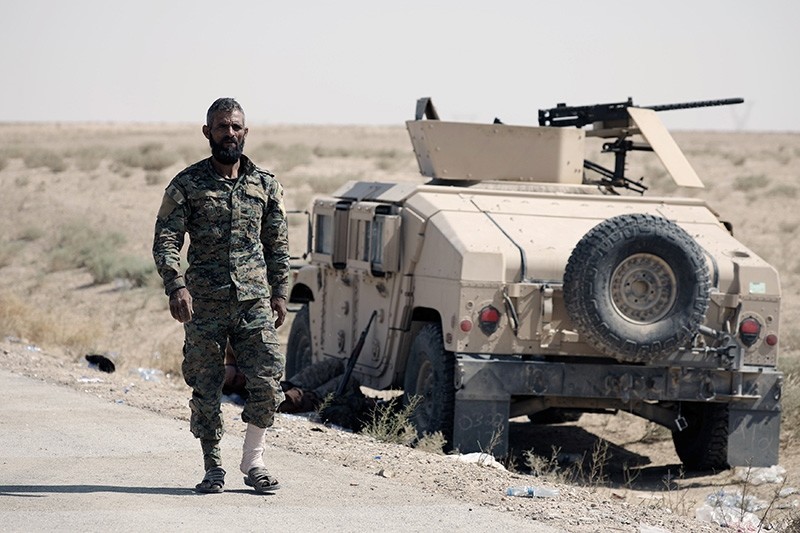 The strikes wounded six SDF militants, according to the group.

The United States and Russia are backing separate offensives in Syria's multi-sided conflict - with both sides advancing against the Daesh terror group in the eastern region that borders Iraq.

The separate assaults by the Russian-supported Assad regime and the U.S.-supported SDF have raised fears that clashes that could stoke tensions between the competing world powers.

"Our forces east of the Euphrates were hit with an attack from the Russian aircraft and Syrian regime forces, targeting our units in the industrial zone," the SDF said in a statement.

There was no immediate comment from the Assad regime or from Moscow.

Both offensives are converging on Daesh terrorists from opposite sides of the Euphrates River - the Assad regime with its allied forces from the west and the SDF from the east.

The Russian and U.S.-backed offensives against Daesh in Syria have mostly stayed out of each other's way as the two states seek to avoid conflict, with the Euphrates often acting as a dividing line between them.

A senior aide to Syria's Bashar al-Assad said the regime would fight any force, including the U.S.-backed militias, in efforts to recapture the entire country.

The Daesh terror group is also coming under attack by U.S.-backed Iraqi government forces just over the border from Syria's Deir el-Zour inside Iraq.