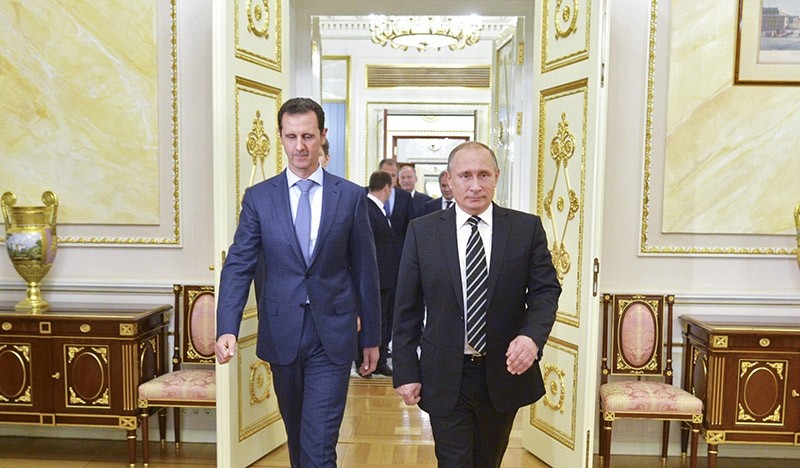 Russia's president Vladimir Putin met with his embattled Syrian counterpart Bashar Assad in the Russian Black Sea resort of Sochi, the Kremlin said in a statement on Tuesday. The meeting took place just a day before the trilateral summit on Syria, which will be attended by Turkish President Recep Tayyip Erdoğan, and Iranian delegation

The Russian news agency reported that the two leaders agreed "that (the) military operation in Syria is coming to an end."

It added that the Russian and Syrian presidents also emphasized the need to launch political processes in the country.

The state-run Syrian news agency posted a picture of the two leaders standing and shaking hands.

It added that President Putin said that the meeting is aimed at coordination and consultation between the Syrian and Russian sides ahead of a Syria summit in Sochi on Thursday which will bring Putin together with the Iranian and Turkish presidents.

"I think that now the most important thing, of course, is to move on the political questions, and I note with satisfaction your readiness to work with all those who want peace and a solution (to the conflict)," Putin said.

"At this stage, especially after we achieved victory over terrorists, it is in our interests to move forward with the political process," Assad told Putin.

Putin and Assad last met on Oct. 20, 2015 in Moscow, a few weeks after Moscow launched a military operation in Syria that turned the tide of the conflict in Assad's favor.