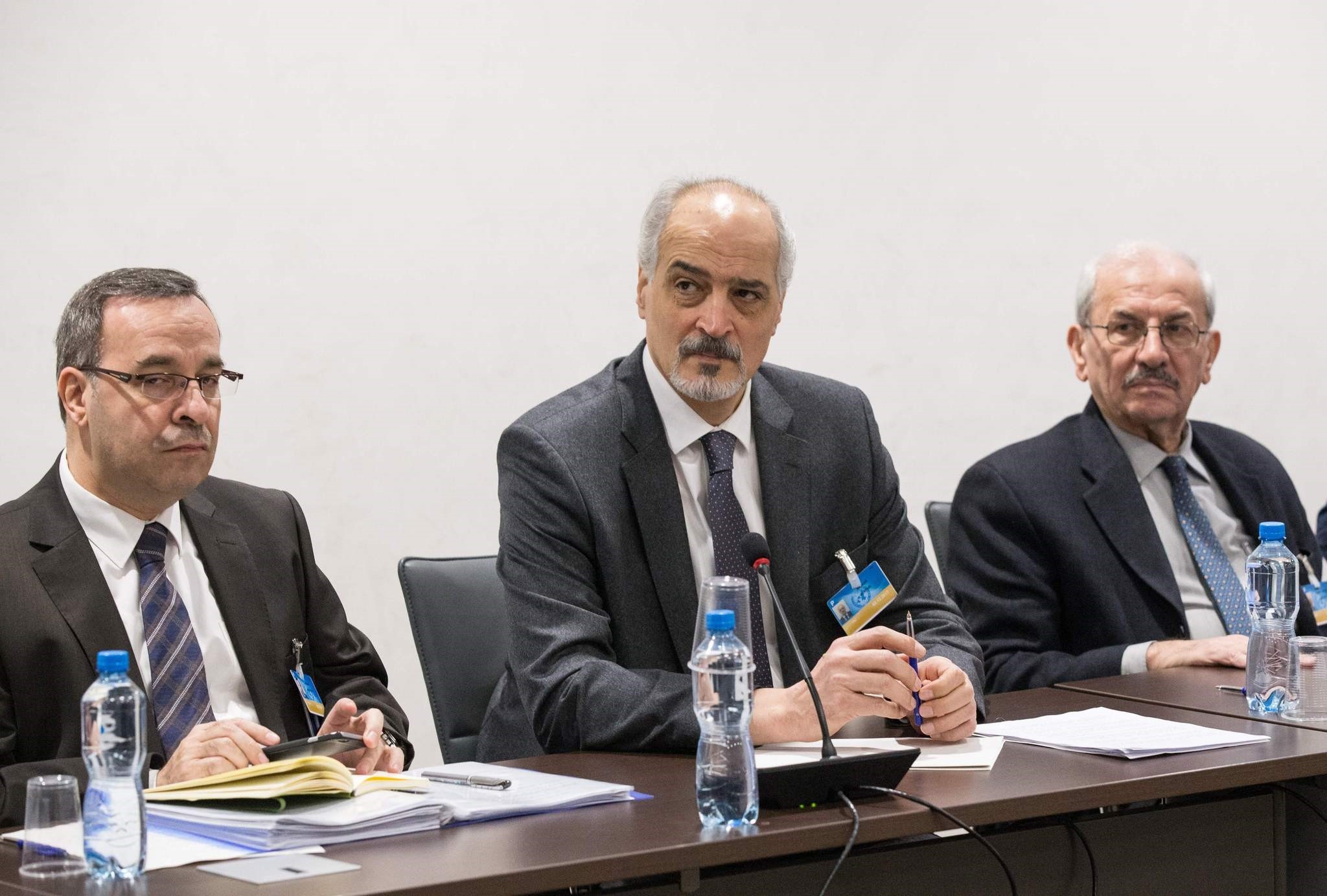 Syrian Ambassador to the UN and head of the regime delegation Bashar al-Jaafari (C) attends a meeting during the Intra-Syrian talks in Geneva on November 30, 2017. (AFP Photo)
by Dec 07, 2017 12:00 am

The Syrian regime delegation will return to Geneva on Sunday for the resumption of peace talks hosted by the United Nations, the foreign ministry said on Thursday.

"The Syrian [regime] delegation will arrive in Geneva on Sunday to take part in the eighth round," state news agency SANA reported, citing a foreign ministry source.

"The delegation will return to Damascus on December 15," the source added.

A fresh round of talks aimed at putting an end to nearly seven years of bloodshed in Syria opened last week in Geneva.

Negotiations were paused over the weekend and resumed on Tuesday, but without the regime delegation headed by Syria's U.N. Ambassador Bashar al-Jaafari.

Jaafari had criticized the talks before his departure, saying there were "big problems in this round", a reference to the opposition's insistence on Bashar Assad's removal.

The opposition, united in one delegation for the first time, has so far defied calls to give up on its demand that Assad step down before any peace deal can be reached.

Jaafari described that position as "provocative" and "irresponsible", warning that "there will be no progress" if the opposition maintained its stance.

For several days, sources had said Assad regime officials were still deliberating whether they would come back to Geneva.

U.N. Syria envoy Staffan de Mistura has met with the opposition's delegation in the meantime.