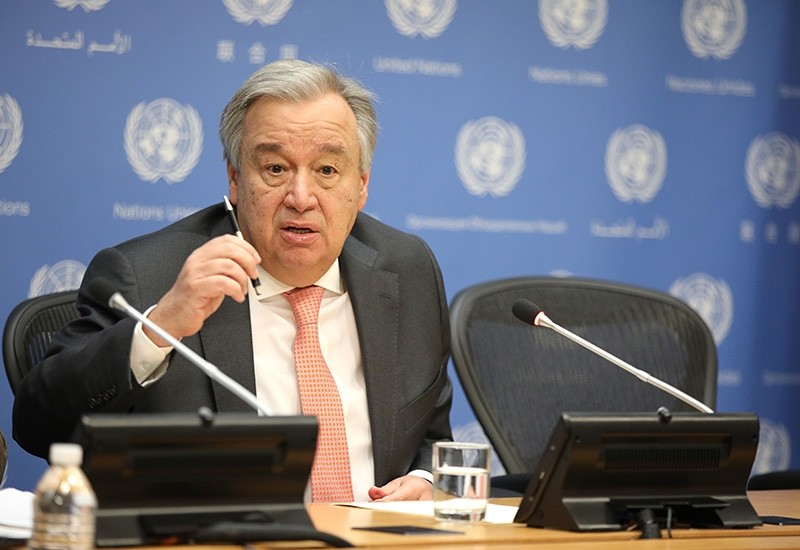 U.N. Secretary General Antonio Guterres called for a revival of the U.N.-mandated investigation into chemical weapons attacks in Syria on Thursday.

The Joint Investigative Mechanism (JIM) - the team of investigators from the U.N. and the Organization for the Prohibition of Chemical Weapons (OPCW) - was disbanded after Russia blocked two attempts to renew its work last year.

"In the Syrian conflict, the use of chemical weapons seriously challenges the global taboo against these weapons of mass destruction," Guterres told the Security Council in New York.

"If the use of chemical weapons in Syria is once again determined, the international community needs to find an appropriate way to identify those responsible and hold them to account."

He added that "trust on nuclear and other issues between the United States and the Russian Federation continues to ebb" and that arms reduction measures from during and after the Cold War are under threat.

A month earlier, the panel had released a damning report that found the Syrian air force had dropped sarin on the rebel-held village of Khan Sheikhun in April, killing scores of people.

Russia rejected the report's findings, saying the investigation was flawed because the experts did not travel to Khan Sheikhun and relied on witnesses accused of ties to the opposition of Bashar al-Assad.

The JIM, set up by Russia and the United States in 2015, shut down in November but Western powers have kept up efforts to restore some sort of mechanism for accountability.

U.S. Ambassador Nikki Haley this month sent a letter to Guterres that contained a U.S. rebuttal of Russia's objections to the gas attacks investigations in Syria.

The letter was seen as laying the ground for a renewed U.S. push at the council to restore the chemical weapons investigation with a possible new resolution.

"They appear to represent an intentional effort to sow confusion and to protect the Assad regime's continued use of chemical weapons," said the document that was sent to the council on January 10.

The Organisation for the Prohibition of Chemical Weapons (OPCW) continues to present to the council reports from its fact-finding missions in Syria.

A recent OPCW report has concluded that sarin was used in another incident on March 30 in the village of Latamneh and is currently before the council.