US concerned sarin gas used in Syria, but has no evidence: Mattis 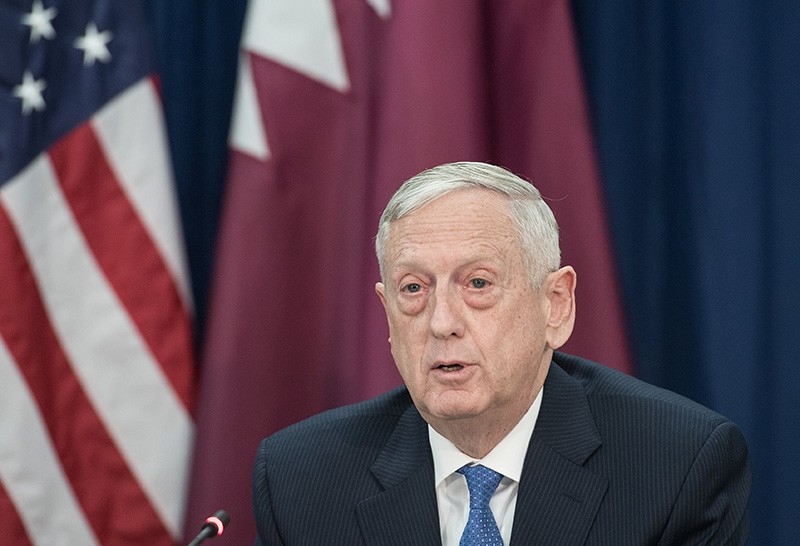 U.S. Defense Secretary Jim Mattis speaks prior to signing agreements with Qatar at the State Department in Washington, DC, on January 30, 2018. (AFP Photo)
by Compiled from Wire Services Feb 02, 2018 12:00 am

Mattis told reporters that chlorine gas was known to have been weaponized in attacks in Syria, but added: "We are even more concerned about the possibility of sarin use."

"I don't have the evidence, what I am saying is, that other groups on the ground, NGOs, fighters on the ground, have said that sarin has been used, so we are looking for evidence," he said.

The Trump administration previously accused the Bashar Assad's regime of producing and using "new kinds of weapons" to deliver deadly chemicals despite committing to abolish its program in 2013, and said the world must find a way to stop it.

President Donald Trump has not ruled out additional military action to deter attacks or punish Assad, administration officials said Thursday, although they did not suggest any action was imminent.

They emphasized that the United States was seeking a new way to hold chemical weapons-users accountable and wanted cooperation from Russia, Assad's patron, in pressuring him to end the attacks.