20 injured in Assad regime airstrike on nursery in Syria's Idlib 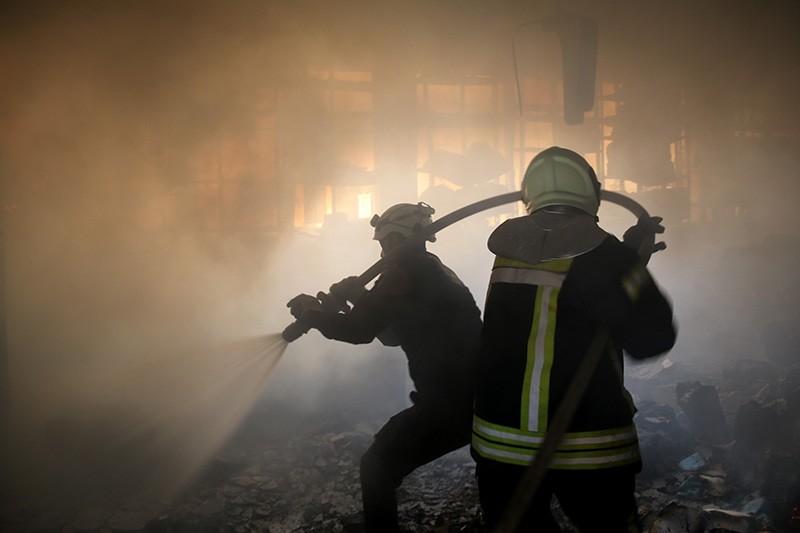 At least 20 people were injured in a regime airstrike on a nursery school in Syria's northwestern Idlib province on Monday, according to a local civil defense official.

He said most of those injured in the attack were children.

He said the death toll is feared to rise.

Syria has been locked in a devastating conflict since early 2011 when the Assad regime cracked down on pro-democracy demonstrators with unexpected ferocity.

Meanwhile, a report by the United Nations said Monday that children are at more risk than ever in Syria's devastating conflict, as the war approached its eighth year.

The U.N. children's agency UNICEF reported a 50 percent increase in the number of children killed in the conflict last year compared to the previous year.

"In 2017, extreme and indiscriminate violence killed the highest ever number of children -- 50 percent more than 2016," it said, adding that 2018 was off to an even worse start.

More than 200 children have been killed in the bombardment of the opposition-held enclave of eastern Ghouta by Assad regime and allied forces since February, according to the Syrian Observatory for Human Rights.

The monitoring group says children account for around a fifth of all civilian victims of the assault.

The U.N. agency quoted a child from southern Syria named Sami, who is now a refugee in Jordan.

"I went outside to play in the snow with my cousins. A bomb hit. I saw my cousin's hands flying in front of me. I lost both my legs," he said.

According to the U.N. agency, an estimated 3.3 million children are exposed to explosive hazards across the war-torn country. Dozens of schools were hit in 2017 alone.