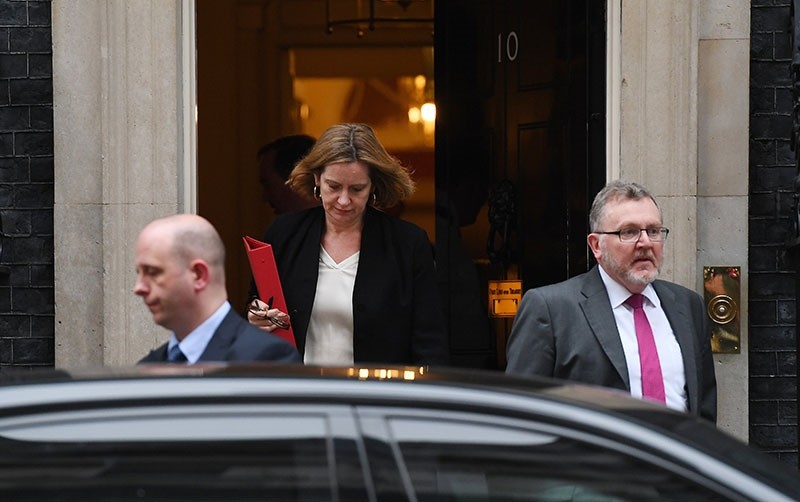 The British government on Thursday agreed on the "need to take action" over a chemical weapons attack in Syria, Prime Minister Theresa May's office said.

"Cabinet agreed on the need to take action to alleviate humanitarian distress and to deter the further use of chemical weapons by the Assad regime," Downing Street said after May met her top team.

Ministers "agreed the prime minister should continue to work with allies in the United States and France to coordinate an international response," May's office added.

The London meeting came as U.S. President Donald Trump weighed his military options and France warned it had "proof" the Syrian regime had used chemical weapons.

Pressure has been growing on Bashar Al-Assad's regime and its Russian backers since an alleged chemical attack on Saturday against the rebel-held town of Douma.

The British government said the deadly raid was "a shocking and barbaric act" which killed people "in the most appalling and inhumane way".

"Cabinet agreed that the Assad regime has a track record of the use of chemical weapons and it is highly likely that the regime is responsible for Saturday's attack," Downing Street said.