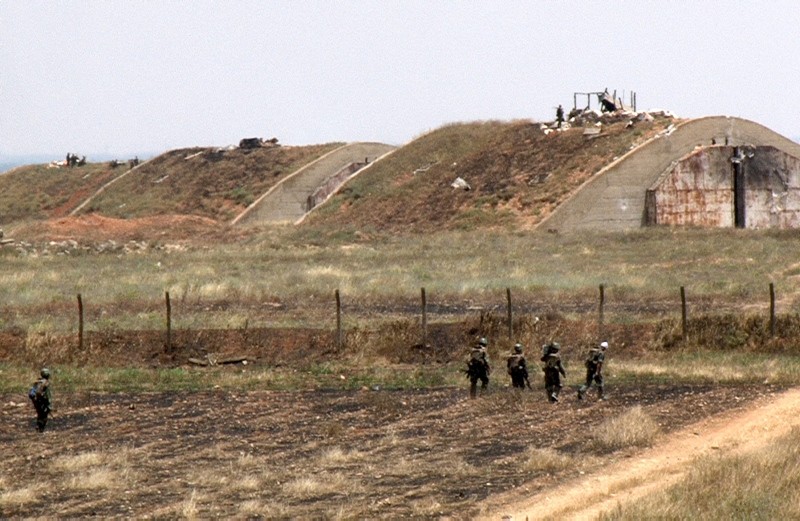 This photo released by the Syrian official news agency SANA, shows Syrian forces loyal to Bashar Assad at the Dabaa military air base, in Homs province, Syria.
by reuters
Jul 08, 2018 12:00 am

The origin and nature of the attack was not immediately clear.

An army officer in the southern Syrian desert said the air defense system shot down missiles coming from south of the Tanf region towards the Homs air base.