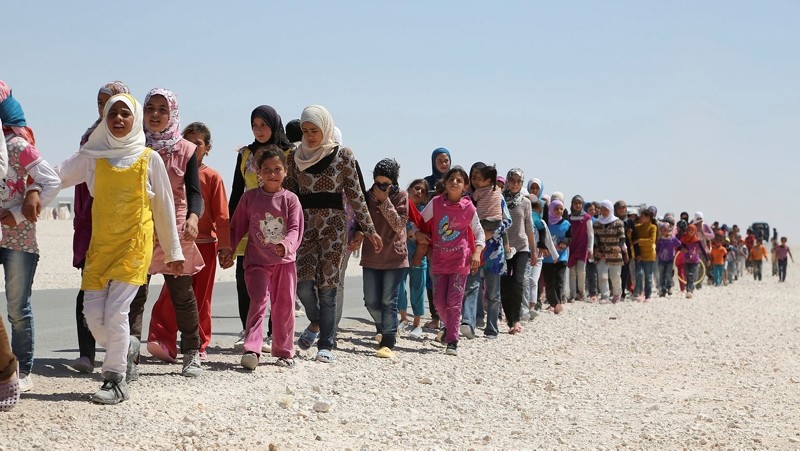 Russia's Defense Ministry said on Friday it had sent detailed proposals to Washington on organizing the return of refugees to Syria after agreements reached by President Vladimir Putin and his U.S. counterpart Donald Trump, the RIA news agency said.

Trump and Putin met at a summit in Helsinki on Monday, although it is unknown what they discussed at a one-on-one meeting there. The Defense Ministry said that over 1.7 million Syrian refugees would be able to return to Syria, RIA reported.

Trump is planning to host Putin for talks in Washington later this year, after a first bilateral meeting in Helsinki on Monday.

Trump has come under fire following the Helsinki talks for what many saw as his unsettling embrace of the Russian strongman -- and his seeming disavowal of his own intelligence agencies and their assessment that Moscow meddled in the 2016 election.

The talks in the Finnish capital were closed-door and with no one else present but interpreters.

Putin was last invited to the White House in 2005 by then-president George W. Bush, while former Russian president Dmitry Medvedev visited in 2010.