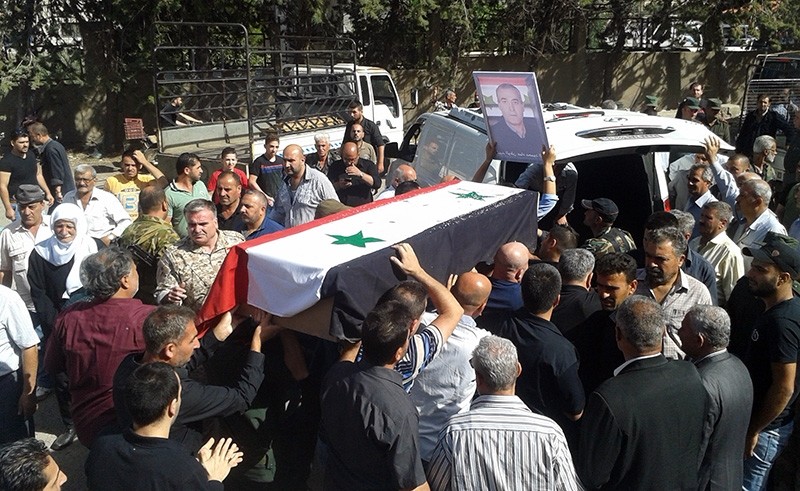 The Daesh terror group kidnapped dozens of Druze women and children during attacks on their villages last week in Syria's southern province of Sweida, a monitor said Monday.

"At least 36 Druze women and children were abducted after the attacks," said the Syrian Observatory for Human Rights.

Both the Britain-based monitor and Syrian news outlet Sweida24 said 20 women and 16 children were abducted.

Four of the women had since managed to escape and another two had died, said Observatory chief Rami Abdel Rahman.

Another 17 men from the areas targeted by Daesh were still unaccounted for, but it was unclear if they were also kidnapped, he told AFP.

Daesh has not claimed the kidnappings, and no details on them could be found on its propaganda channels.

The attacks on Sweida were the terror group's deadliest assault in months.

Regime television said the army was targeting Daesh in the province's east, and state news agency SANA reported "army units blocked a Daesh attack on a number of villages in northeastern Sweida, killing a large number" of the terrorists.

The regime of Bashar Assad has in recent weeks ousted opposition forces from a majority of the country's south, part of which borders the Israeli-occupied Golan Heights.

His forces are now closing in on a patch of territory in nearby Daraa province held by militant group Jaish Khaled bin al-Walid, which has pledged allegiance to Daesh.

The group, which has around 1,000 fighters in the region, has been the target of an intense bombing campaign by Russian and Syrian jets in recent days.

SANA said the Daesh attacks on neighboring Sweida were an attempt to relieve pressure "on Daesh remnants facing their inevitable end in the western Daraa countryside."

Daesh overran large parts of Syria and neighboring Iraq in 2014, declaring a self-styled "caliphate" in territory it held.

The terrorists have since been ousted from all major urban centers in both countries, but they retain a presence including in desert border areas.

In Syria, Daesh controls a pocket of the eastern province of Deir El-Zour on the Iraqi border, and is present in parts of the vast central Badiya desert including in Sweida.

More than 350,000 people have been killed and millions displaced since Syria's war started in 2011 with the brutal repression of anti-regime protests.