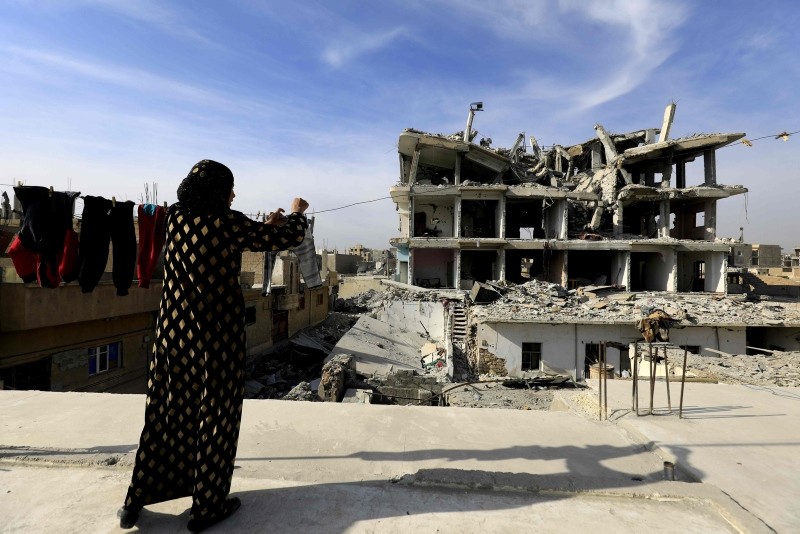 Amnesty International said Friday that the destruction of Syria's Raqqa was "shocking" and thousands of bodies have yet to be exhumed, a year after U.S.-backed forces expelled Daesh from the northern city.

The rights group also hit out at the coalition, urging it to help fund exhumations from under rubble and mass graves because the majority of bodies "are civilians who died as a result of coalition strikes."

"80 percent of the city is basically in ruins and that applies to schools, to hospitals, to private homes," she said.

If the U.S.-led coalition "had the money to bring the city to ruins, if they had the money to carry out this very expensive military campaign, it is absolutely unbelievable that they do not provide enough resources to take responsibility for its consequences," said Neistat.

The coalition has been fighting Daesh in Syria and neighbouring Iraq since 2014.

Thousands of people were killed in the battle to retake Raqqa. The dead were buried quickly in mass graves or left under the rubble.

"We are still talking about thousands of bodies that have not been recovered," Neistat told AFP.

"There are places in Raqqa where you would see... massive, massive fields underneath which there are bodies one after the other," she said.

A small unit of Syrians has recovered more than 2,500 bodies, but it believes more than 3,000 are still to be exhumed, Neistat said.

"They are doing it literally with shovels and bare hands," she said, adding that the unit's funding would run out by the end of October.

In April, an AFP correspondent visited the site of one of the city's mass graves in a football pitch, and saw a young man step over blue body bags searching for his brother.

Workers wearing white surgical masks and plastic gloves had retrieved dozens of bodies in a week, a fraction of them recognised by relatives.

Daesh overran large parts of Syria and Iraq in 2014, declaring a so-called "caliphate" there, but has since lost most of that to various offensives.

The coalition has acknowledged direct responsibility for more than 1,100 civilian deaths in Syria and Iraq since 2014, but rights groups put the number killed much higher.

Syria's war has killed more than 360,000 people since it erupted in 2011 with the brutal repression of anti-regime protests.