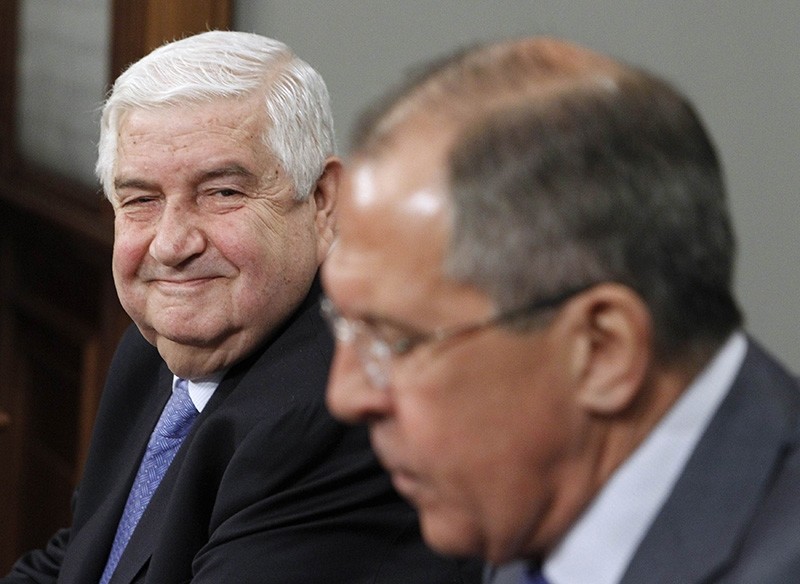 "We must give the time... to judge whether the agreement was fulfilled or not," Moualem said.

"We have to wait for the Russian reaction. Russia is monitoring and following the situation," he added.

He warned, however, that the situation in Idlib cannot continue if the extremists do not comply with the agreement for the area, on the day of a critical deal deadline.

"We cannot keep quiet about the continuation of the current situation in Idlib if the Nusra Front refuses to comply with this agreement," Moualem said at a press conference with his Iraqi counterpart Ibrahim al-Jaafari in Damascus.

Tahrir al-Sham, an extremist alliance spearheaded by al-Qaida's former Syrian affiliate previously known as the Nusra Front, signaled Sunday it would abide by the terms of the deal to prevent an Assad regime offensive on opposition-held enclave, but the midnight deadline passed without visible withdrawal from the buffer zone.

"We did not document the withdrawal of any jihadist fighters from the entire demilitarized zone," Rami Abdel Rahman, the head of the Syrian Observatory for Human Rights war monitor, said Monday morning.

Tahrir al-Sham said in its statement, "We value the efforts of all those striving — at home and abroad — to protect the liberated area and prevent its invasion and the perpetration of massacres in it."

"But we warn at the same time against the trickery of the Russian occupier or having faith in its intentions," it stated, adding that it would not give up its weapons or armed struggle.

The deal sets up a demilitarized zone running 15-20 km (9-13 miles) deep into opposition territory that must be evacuated of all heavy weapons and all extremist groups by Monday, Oct. 15.

Turkey has been working to persuade Tahrir al-Sham, the most powerful opposition alliance in Idlib, to comply with its agreement arranged with the Assad regime's main ally Russia.

"After Idlib our target is east of the Euphrates," Moualem said, adding that the area, which is held by the U.S.-backed terrorist group Syrian Democratic Forces (SDF), had to return to regime sovereignty like all parts of Syria.

Moualem also said Monday that he hoped the Albu Kamal border crossing with neighboring Iraq would open as soon as possible.

"We look to the interests of both the Syrian and Iraqi people in opening the Albu Kamal crossing," Moualem told reporters at a joint conference with his Iraqi counterpart Ibrahim al-Jaafari, who is visiting Damascus.

Jordan and Syria re-opened the Nassib border crossing on Monday.