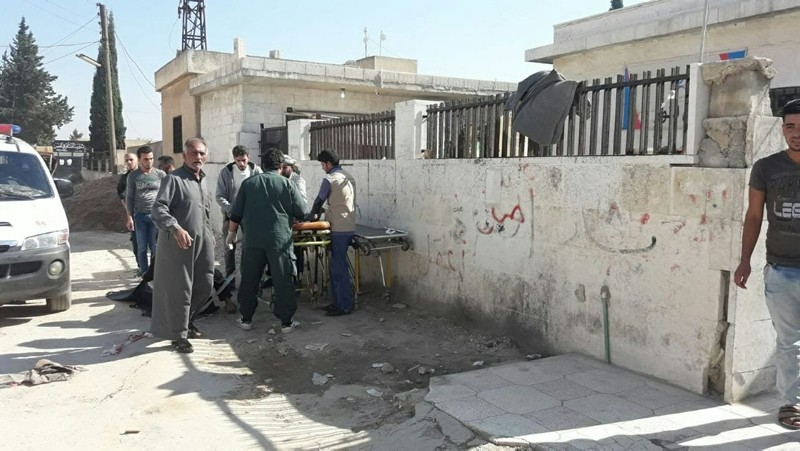 At least 10 civilians were killed and dozens more injured Friday in attacks by the Assad regime and pro-regime terrorist groups in Syria's northwestern Idlib demilitarized zone.

The regime and Iranian-backed terrorist groups have been firing artillery into the villages of Jarjanaz and Al-Tamanah, both of which are situated inside the demilitarized zone, the parameters of which were laid down in a recent agreement between Turkey and Russia.

Despite the agreement signed on Sept. 17 in the Russian resort city of Sochi, regime forces have also continued to target rural areas of Latakia province, southern Idlib, western Aleppo and northern and western Hama.

In line with the Sochi deal, opposition groups last month withdrew their heavy weaponry from specified regions of Idlib.

The agreement, struck between Russia, Bashar Assad's most powerful ally, and Turkey, which backs the opposition, staved off a regime offensive to retake Idlib and adjacent opposition-held regions.

The U.N. says around 3 million people live in those areas and has said a battle to restore Assad's control there could be the worst of the seven-year-old war.