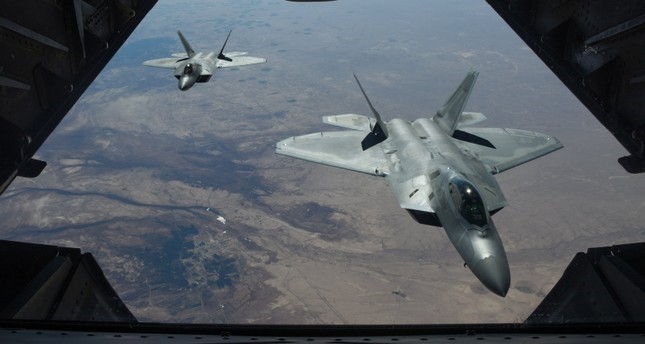 At least 40 people, mostly women and children, were killed Saturday by U.S.-led airstrikes on the last pocket held by Daesh terror group in eastern Syria, a war monitor and Syrian state media reported.

Rami Abdurrahman, head of the Britain-based Syrian Observatory for Human Rights, said the early Saturday airstrikes hit homes in Abu al-Hassan village, near the town of Hajin, which lies along the border with Iraq.

Abdurrahman said the airstrikes killed at least 43 people, including 17 children and 12 women. He said it was not immediately clear if the men killed in the strikes were militants.

Syrian state news agency SANA also reported the strikes, saying 40 were killed in the remote area of Buqaan, another village next to Abu al-Hassan, in Deir el-Zour province.

Activist Omar Abou Leila, who monitors the war in Deir el-Zour from Europe, also confirmed the strikes but said it was difficult to verify the death toll.

A total of more than 360,000 people have been killed since Syria's war erupted in 2011 with the brutal repression of anti-regime protests.