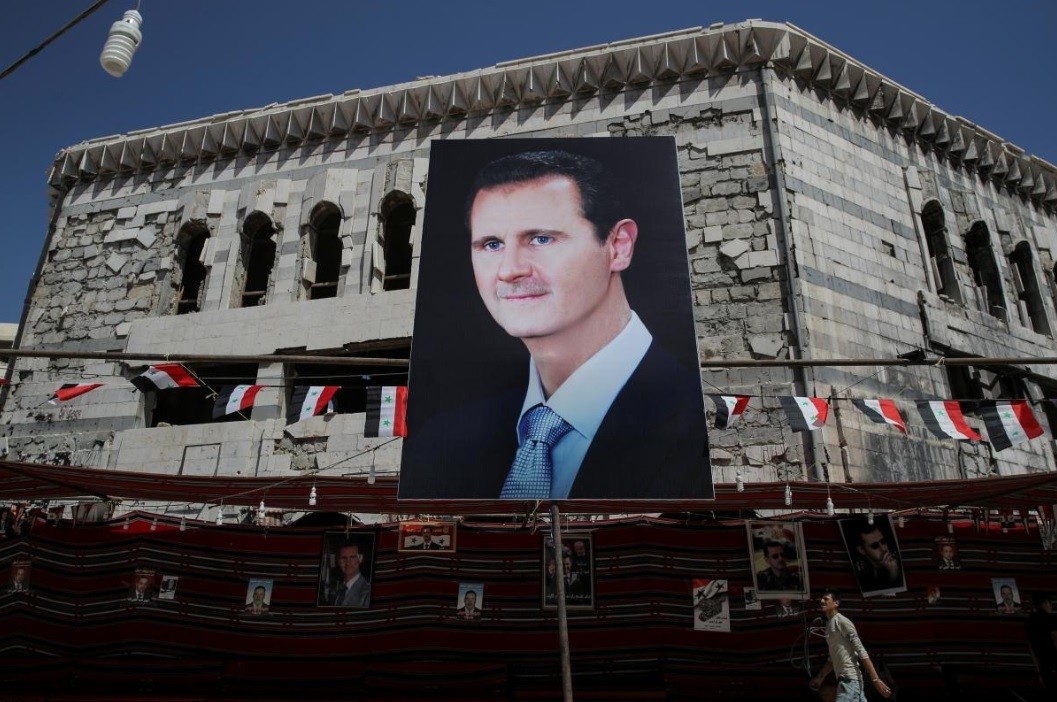 Assad regime has been using a little-known anti-terrorism law to seize property from dissidents and their families as it takes back control of areas that were held by opposition groups, rights groups and some of the people affected say.

With Syria's conflict stabilized, at least for now, and Bashar al-Assad back in control of the biggest cities, there is an increasing focus on how he will handle the areas where the 2011 uprising against him flared.

International attention has focused on policies, such as legislation known as Law 10, that could eventually enable the regime to dispossess people in the opposition strongholds worst damaged in the war.

But while Law 10 has not yet been put into effect, the separate anti-terrorism law has already been used to seize property, including from people who had no hand in violence, according to human rights groups.

One man, an architect who joined street protests against Assad early in the uprising, and posted anti-regime material online, lost his house, office and farmland in Ghouta in southwestern Syria as well as his car, he said.

"I built my house brick by brick. I built it with my bare hands, tended to every corner and to every inch," the architect said. He now lives in the northwestern province of Idlib after fleeing with many other Ghouta residents after its surrender in April.

As they stand to lose property permanently, and because in many cases they have family members still living under regime control, none of the six people who spoke to Reuters after being named in seizure orders wanted to be identified.

Lists circulating online — which rights groups believe to be accurate — show that hundreds of such orders have been made, affecting potentially thousands of people.

The architect first knew a regime security order had targeted him when the Architects and Engineers Syndicate terminated his membership because of a security order and cancelled his pension.

He had joined the protests against Assad early on, but said he never took up arms or played a role in local government in his area of eastern Ghouta, which the army recaptured in April.

In 2016, he tried to sell his car. "The broker in Damascus told me that a seizure for security had been imposed on all the properties owned by me, my partners, my wife and children," he said via a messaging app.

When they left for Idlib along with thousands of others as part of a surrender deal with the regime covering eastern Ghouta, the family had to abandon their family home, an office and farm land that is now all forfeit to the state.

"It is hard to describe a house you lived in your whole life and land you planted with trees that you watched grow. I miss the doors, windows and even the doorstep," the architect's son said.

About a year into the uprising, Assad updated Syria's anti-terrorism laws, issuing a decree to give courts the power to impose "security seizure" orders against individuals.

Initially, assets are frozen under these orders, preventing owners from selling, or using them commercially. When the seizures are executed, the state will sell the assets by auction.

A doctor from the eastern Ghouta town of Douma who left in April and now lives in Turkey said his house, land, clinic and car had been seized.

"The Syrian regime has labelled all the opposition activists as terrorists, tried them in absentia and seized their properties," he said.

Assad regime denies targeting peaceful dissidents with its anti-terrorism laws, or unlawfully dispossessing people. The regime did not respond to a Reuters request for further comment.

HRW said it could not verify lists of people affected by the court orders that are circulating online, or the scale of the property freezes. But it said it had confirmed several cases of people whose names it found on one such list.

Those affected, already fearing for their lives if they return after being branded terrorists, also face a loss of property that could discourage family members from going home.

"They left the people whose property they seized with nothing to return to, not even hope," said the architect, who now lives in opposition-held Idlib province with his family.

He cannot find work there and wants to pay smugglers to cross the border into Turkey. But his once rich parents, who stayed in eastern Ghouta, cannot raise the money by selling or renting land because their assets have been frozen.

They found out about the court order before the regime retook eastern Ghouta in April.

"My parents are now guests in their own home. The house they have lived in for their whole lives is now put under seizure by the regime because we were opposition activists," he said.