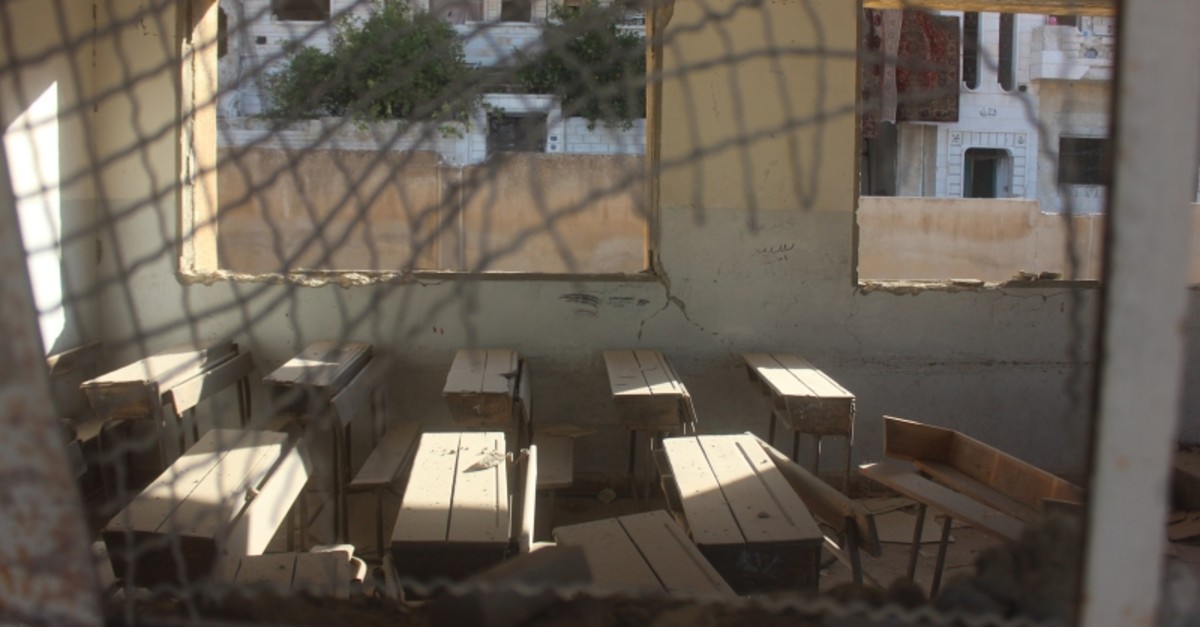 Classes have been put on hold in some 334 schools in the northern Idlib province of Syria, an area included in the de-escalation zone agreed upon by Turkey and Russia, due to attacks by the Assad regime and Iran-backed foreign terror group on civilian settlements, local authorities said Monday.

Mustafa Hac Ali, spokesman for the Idlib Education Directorate, told the Anadolu Agency (AA) that the schools have been temporarily closed due to the Assad regime's attacks, preventing some 80,000 students from receiving necessary education.

He noted that seven students have been killed in the attacks while 40 others were injured, adding that some of the schools in Khan Shaykhun, Jarjanaz and Kafr Nabl towns have been partially damaged.

Firas Abbas, a fifth-grade student who fled his hometown with his family and currently lives in a refugee camp along the Turkish-Syrian border, said: "We do not go to school anymore. We fled from the attacks, leaving our pens, notebooks and bags at home."

A seventh-grade student, Mohamed Tahsen, told AA that they could not go to school due to constant attacks and that everyone in his hometown had fled the region.

President Recep Tayyip Erdoğan and Russian President Vladimir Putin agreed in September 2018, following their talks in Sochi, to establish a demilitarized zone in Idlib to decrease tension and prevent a new conflict in the province. Nevertheless, regime forces backed by Russia and Iran have been intensifying their attacks on the city for some time now, despite the Sochi deal.

Since Jan. 1, the Assad regime and Iran-backed terrorist groups have repeatedly violated the Sochi agreement, which prohibits acts of aggression in the Idlib de-escalation zone. At least 105 civilians have been killed and more than 300 civilians injured in airstrikes and ground attacks targeting civilian settlements included in the de-escalation zone. An estimated 25,000 families have been forced to flee their homes since Turkey and Russia signed the agreement in hopes of cementing a cease-fire in war-weary Idlib.