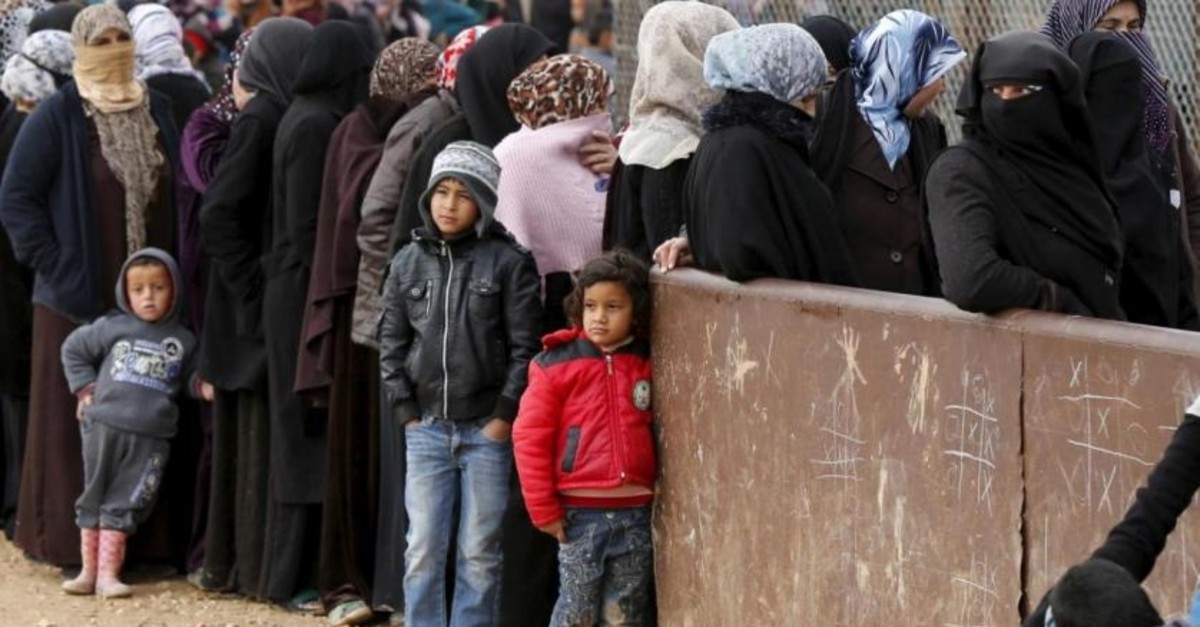 A spokesman for the Conscience Movement, an international initiative founded in March 2018 after an all-women convoy went to the Turkish-Syrian border to raise awareness about imprisoned Syrian women on International Women's Day, called on Asma Assad for the immediate release of more than 7,000 women and children held in prisons.

Hüseyin Oruç, spokesman for the movement told Anadolu Agency (AA) that there are currently over 7,000 women and children held in Syrian prisons according to the numbers provided by Bashar Assad regime and this number may be much more.

"We are in the U.N. to make an appeal to the international community, Syrian regime and Asma Assad, who can understand women from a closer perspective, to consider the situation of women held in these prisons and take action to immediately and unconditionally release them," Oruç said.

Oruç was in Switzerland to attend the 40th session of the Human Rights Council of the United Nation's Geneva Office where the movement organized a panel for Syrian women prisoners.

Saying that none of the women have been jailed for what they did, Oruç highlighted that they were imprisoned solely because of their husbands, fathers, brothers or someone else in their families who opposed the regime.

He noted that the Syrian regime has been trying to bring its opponents into line by all kinds of torture and insult toward their female relatives, including sexual abuse and rape.

The movement is supported by more than 2,000 NGOs and thousands of people from 110 countries, according to what its organizers previously said.

"More than 13,500 Syrian women have been detained since the war started in March 2011 and more than 7,000 women remain in these prisons, often subjected to torture, rape, or sexual violence," the Movement's organizers said in a statement.

On March 6, 2018, the International Conscience Convoy started a three-day journey with 55 buses from Istanbul that ended in southeastern Turkey's Hatay province, near neighboring Syria. The rally that was held to mark International Women's Day was attended by over 10,000 women from over 50 countries, including Syria, Ukraine, Chile, Palestine, Iraq, Britain, East Turkestan, Brazil, Malaysia, Pakistan, Kuwait, and Qatar.