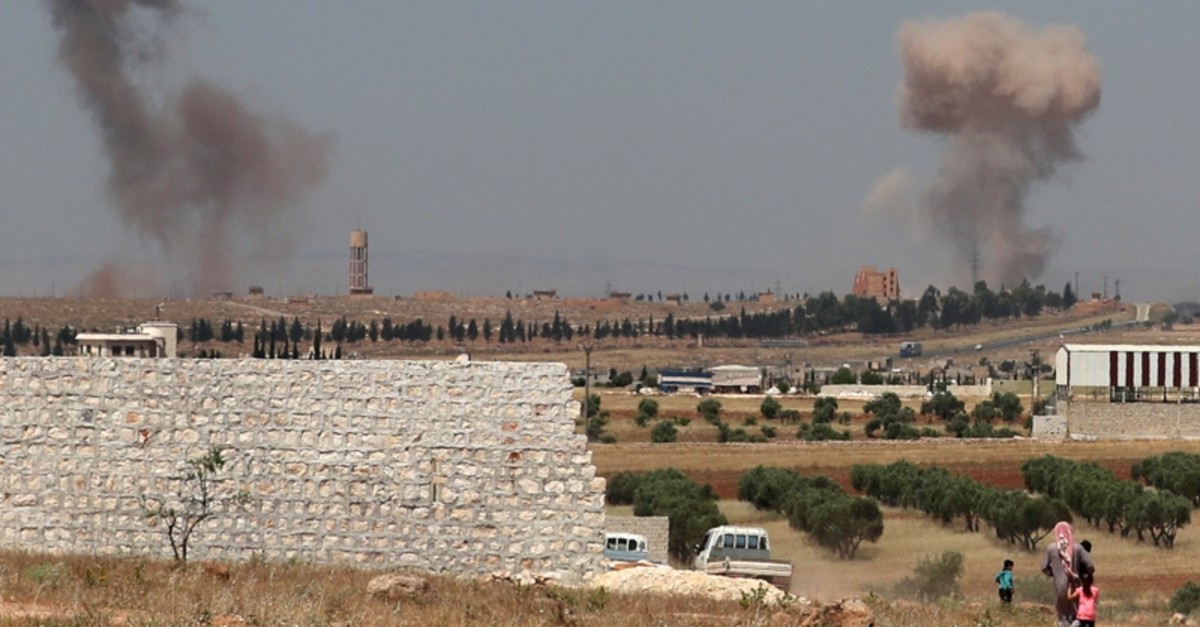 The latest in an unprecedented wave of regime bombardment on an opposition-held enclave in northwestern Syria killed at least 13 civilians Wednesday, a war monitor said.

Airstrikes, some using deadly barrel bombs, and shelling by both the regime of Bashar Assad and Russian warplanes have claimed a mounting civilian death toll over the past few weeks in Idlib province.

The violence, which has rattled a fragile truce deal brokered by Moscow and Ankara in September, is causing mass displacement and bringing Syria to the brink of the worst humanitarian catastrophe yet in its eight-year-old conflict.

At least 27 civilians died in similar circumstances Tuesday, in the single highest civilian death toll in the region since Damascus increased attacks in late April.

On Wednesday, aerial bombardment did not relent as it started around the time for sahur — the last meal Muslim believers have before their dawn-to-dusk fast during the holy month of Ramadan.

According to the Britain-based Syrian Observatory for Human Rights monitoring organization, seven of Wednesday's victims were killed in an air raid on Idlib's village of Sarja.

Three other victims were a father and his two children in the village of Bara, said Observatory chief Rami Abdel Rahman.

"The bombardment by the regime and Russia continues to be intense on several areas. The Russian strikes are focused on Khan Sheikhun but have not caused any casualties for now," he said.

The regime has not announced an all-out offensive to retake the entire opposition enclave, a large area which is home to almost three million people.

Analysts predict that the Assad regime and its allies will continue to chip away at the area but not unleash a major assault that would create chaos on Turkey's doorstep.

The regime is likely to continue applying sustained military pressure whilst attempting to preserve a fragile truce agreement reached in Russia last year to spare the region a large-scale humanitarian disaster.

The civilian death toll has mounted in and around Idlib in recent days, reaching more than 270 over the past month, according to the Observatory.

In villages struck by regime raids, excavators dug new graves and civilians buried the dead stealthily at dusk to avoid being targeted by more air raids.