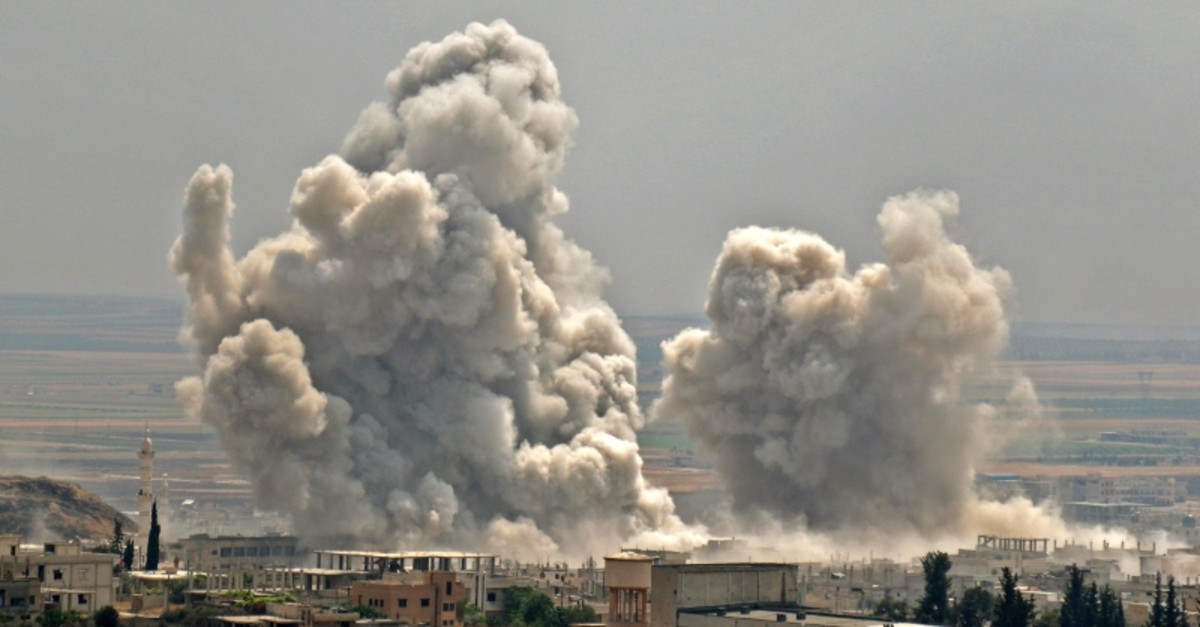 Airstrikes and rocket fire by the regime of Bashar Assad and its ally Russia on Monday killed 25 civilians, including seven children, in northwestern Syria's opposition-held Idlib province, a monitor said.

Local residents and civil rescuers said war planes flying at high altitude, which monitors said were Russian Sukhoi jets, dropped bombs on the village of Jabala in southern Idlib, with rescuer teams so far pulling out 13 bodies, including women and children.

Russian jets were also behind several raids that hit the town of Khan Sheikhoun, Kfar Batikh and several other villages that left at least another 12 civilians dead, according to another local rescuer.

The Idlib region is supposed to be protected by a months-old buffer zone deal between Turkey and Russia. That region includes most of Idlib province as well as adjacent parts of Latakia, Hama and Aleppo governorates.

Rescuers say the major aerial campaign that Moscow has thrown its weight behind since it was launched in earnest at the end of April has killed over 1,500 people with more than half of the death toll civilians.

Residents and local and international aid agencies that support the rebel-held areas say the sustained campaign that has bombed schools and knocked down medical centers was to smash the spirit of civilians in opposition areas. Russia and the Assad regime deny allegations of indiscriminate bombing of civilian areas or a campaign to paralyze everyday life in opposition-held areas.

More than 300,000 people have fled the frontlines to the safety of areas near the border with Turkey, U.N. and aid agencies say.

Analysts predict the regime will continue to chip away at the region, but say it is unlikely to unleash a major assault.

Syria's war has killed more than 370,000 people and displaced millions since it started in 2011 with the brutal repression of anti-government protests.