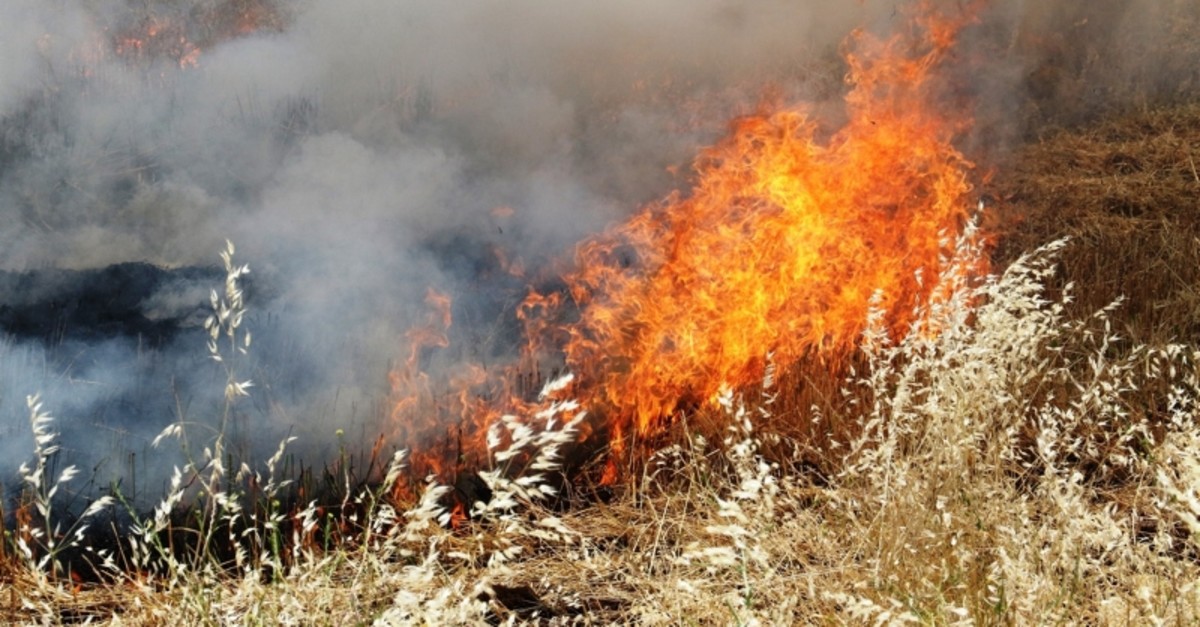 Tens of thousands of acres of farmland belonging to Arab villagers in regions of Syria occupied by the PKK terror organization's Syrian affiliate People's Protection Units (YPG) have been destroyed by fire and more are at risk as local authorities do not intervene to put out the blazes, local sources said Monday.

The fires have destroyed agricultural lands belonging to Arab residents of northern Syria's Ayn Al Arab, also known as Kobane, and Qamıshli, which are controlled by the YPG, Anadolu Agency cited local sources as saying.

Local authorities did not send adequate teams of firefighters to the areas, sending only a few fire trucks, sources said.

While the sources did not name the cause of the latest fires, YPG terrorists have been setting fire to farms belonging to the Arab residents in northern Raqqa and northeastern Deir el-Zour for the last three weeks, stoking fear and caution in residents of Haseke.

YPG terrorists set fire to farms belonging to Syrian villagers near the western areas of Al-Bab in May, causing material damage.

The YPG has managed to occupy one-third of Syria under the guise of fighting against Daesh with U.S. support.