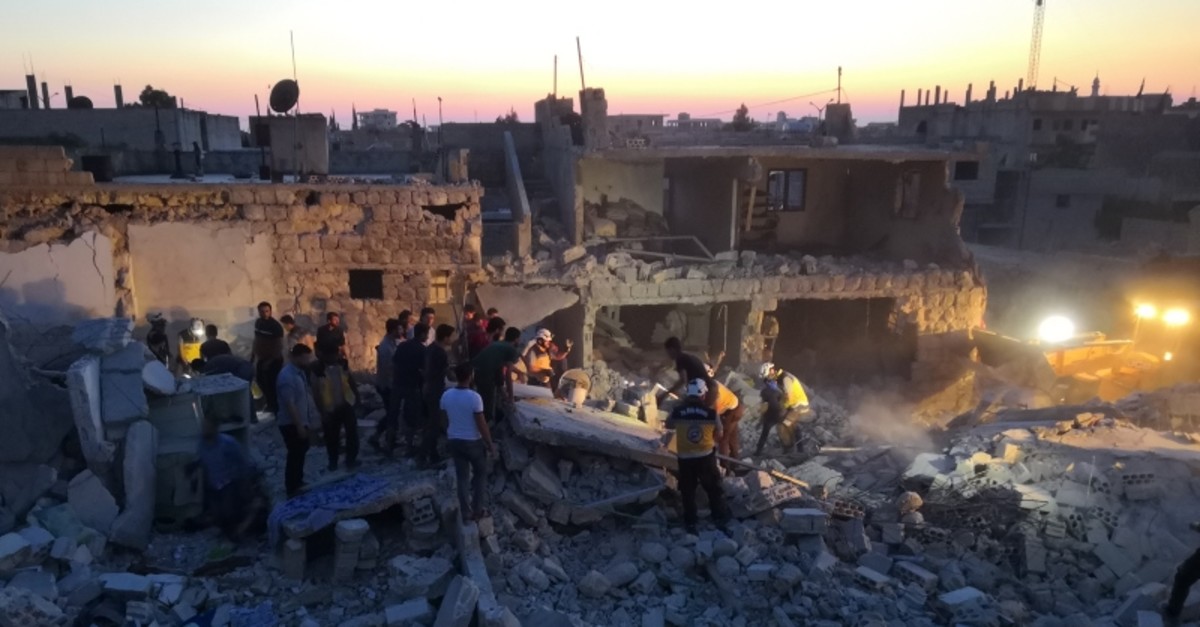 Rescue teams search for survivors under the remains of houses turned to rubble with Assad regime airstrikes. (AA Photo)
by French Press Agency - AFP
Jun 23, 2019 12:12 am

The Idlib region of some three million people is supposed to be protected by a September buffer zone deal, but the enclave has come under mounting bombardment by the regime and its ally Russia since late April.

Three civilians were killed in an airstrike in the town of the Saraqib, the Syrian Observatory for Human Rights said.

An AFP reporter at the scene saw rescue workers extract the body of a woman from the rubble of a destroyed building.

After night fell, they searched for other victims, the lamps on their white helmets casting light onto the ruins in the dark.

Earlier, two children were killed in a garage on the edge of the town of Maaret al-Numan, while another child died in the village of Maar Zita, the Britain-based monitoring group said.

Two other civilians perished in strikes on the villages of Kansafra and Khan al-Subul, it said.

Turkey and Russia inked a buffer zone in September deal to prevent a massive regime offensive on the Idlib region, near the Turkish border.

Since late April, more than 460 civilians have been killed in bombardments of the Assad regime or Russia, according to the Observatory.

The violence has forced around 330,000 people to flee their homes and hit 23 health centers, the United Nations says, warning of one of the worst humanitarian crises of the eight-year civil war.

The conflict in Syria has killed more than 370,000 people and displaced millions since it erupted in 2011 with the brutal repression of protests against Bashar al-Assad.