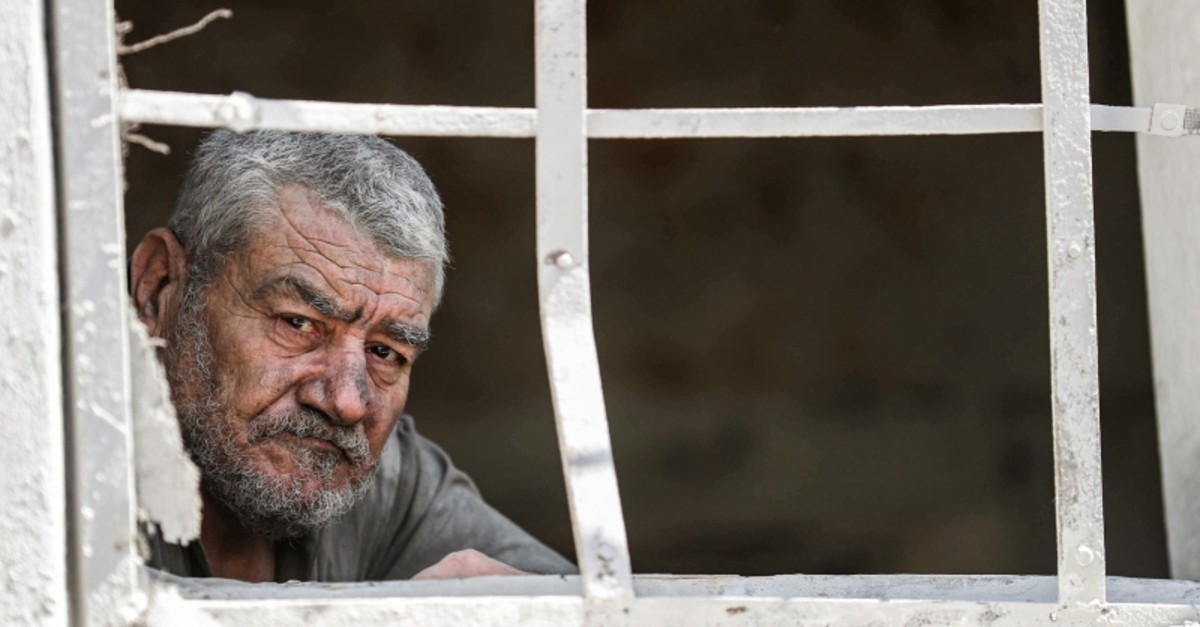 An elderly man watches as members of the Syrian Civil Defence (White Helmets) search for survivors in the rubble of a collapsed building following a reported regime airstrike on the town of Ariha, in southern Idlib, Syria, July 12, 2019. (AFP Photo)
by Jul 12, 2019 5:06 pm

Airstrikes targeted opposition-held cities in northwest Syria on Friday, a war monitor reported, widening bombardment of the last major insurgent enclave to areas that had mostly escaped it.

The strikes killed three people in Idlib and three in Maarat al-Numan, two of the largest cities in the region, the Britain-based Syrian Observatory for Human Rights reported. Another nine people were killed elsewhere in the enclave, it said.

The regime of Bashar Assad, backed by Russia, has waged a major assault against the northwestern Idlib province since the end of April in a battle the Observatory says has killed nearly 2,450 people.

Syria's eight-year war has killed half a million people, driven half the pre-war population of 22 million from their homes, inspired a wave of militant attacks around the globe, and dragged in regional and world powers.

Aid agencies say the scale of bombardment in the northwest risks further humanitarian disaster. Hundreds of thousands of people have already fled toward the Turkish border.

While both Idlib city and Maarat al-Numan were heavily targeted by airstrikes in earlier phases of the war, they have not been a major focus of bombardment in recent months, with the military more focussed on hitting areas near the front lines.

There was a surge of violence this week on the area of Tel Hamamiyat on the southwestern edge of the enclave, where pro-regime al-Watan newspaper and rebel statements reported major fighting.

A spokesman for the local government controlling most of the enclave said Friday prayers had been suspended in several cities due to the airstrikes.

More than two months of Assad's Russian-backed assault in and around Idlib province have yielded little or no military gains, marking a rare case of a campaign that has not gone his way since Moscow joined his war effort in 2015.

Turkey, which backs opposition groups in northwest Syria and controls an adjacent zone along its own border, agreed a truce last year with Russia to reduce warfare around the enclave. However, the Assad regime has been violating the ceasefire agreement for the last several months.