6 children and infants, 8 others killed in Assad regime, Russian airstrikes in northwest Syria 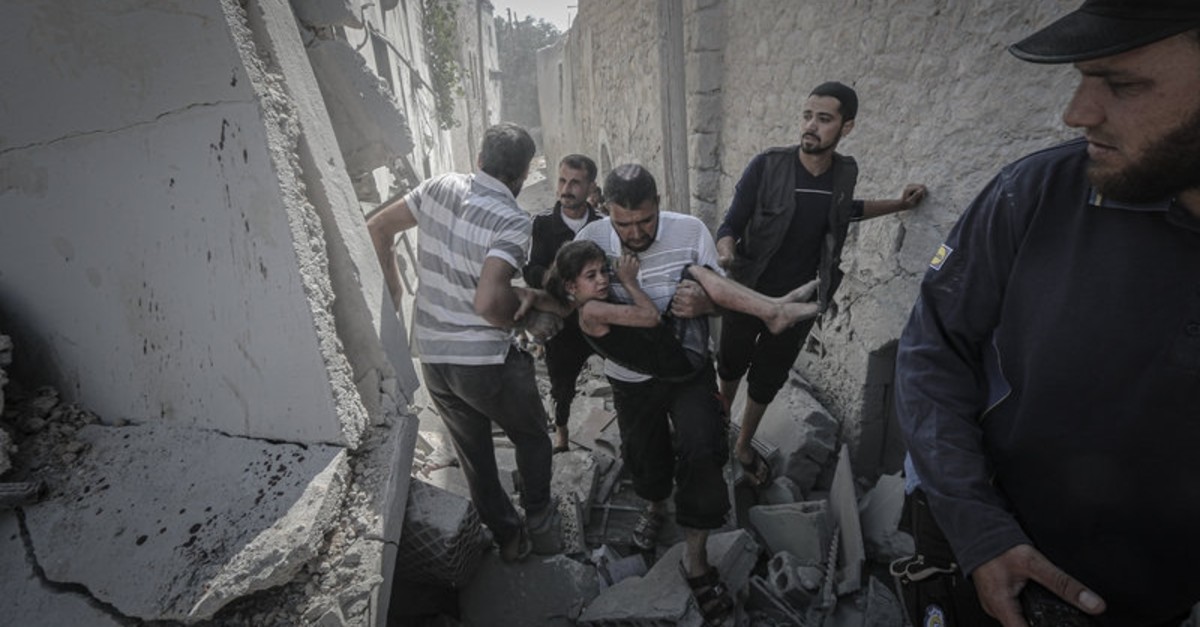 Fourteen civilians, including six children and infants, were killed Saturday in airstrikes in northwest Syria, targeted for months now by deadly regime and Russian bombardment, a monitor said.

Most of the children were among civilians killed when Russian aircraft raided an informal camp of internally displaced Syrians after midnight Friday, said the Syrian Observatory for Human Rights.

The camp near the town of Khan Sheikhoun, in Idlib region, houses Syrians who had fled raids and clashes in neighboring Hama province.

Hours later a man and his heavily pregnant wife were killed in the eastern Idlib town of Kefraya in airstrikes carried out by unidentified aircraft, the Britain-based Observatory said.

White Helmets volunteers found the bodies of the dead woman, and her well-formed baby lying next to her open stomach the umbilical cord still attached, an AFP correspondent said.

In the north of Hama province, three civilians including a child were killed by artillery fire, the Observatory said.

Russian and Syrian regime aircraft have ramped up strikes on Idlib since the end of April, killing more than 590 civilians, while 45 others have perished from rebel fire, according to the Observatory.

Regime forces have also been locked in battle with extremists and opposition forces on the edges of the bastion, which is held by Syria's former Al-Qaeda affiliate Hayat Tahrir al-Sham (HTS), including the north of Hama province.

Idlib and its surrounding areas are supposed to be protected from a massive regime offensive by a September 2018 deal between Russia and rebel backer Turkey.

A buffer zone planned under that accord was never fully implemented, and the region has seen an uptick in violence.

Syria's war has killed more than 370,000 people and displaced millions since it started in 2011 with a brutal crackdown on anti-Assad protests.