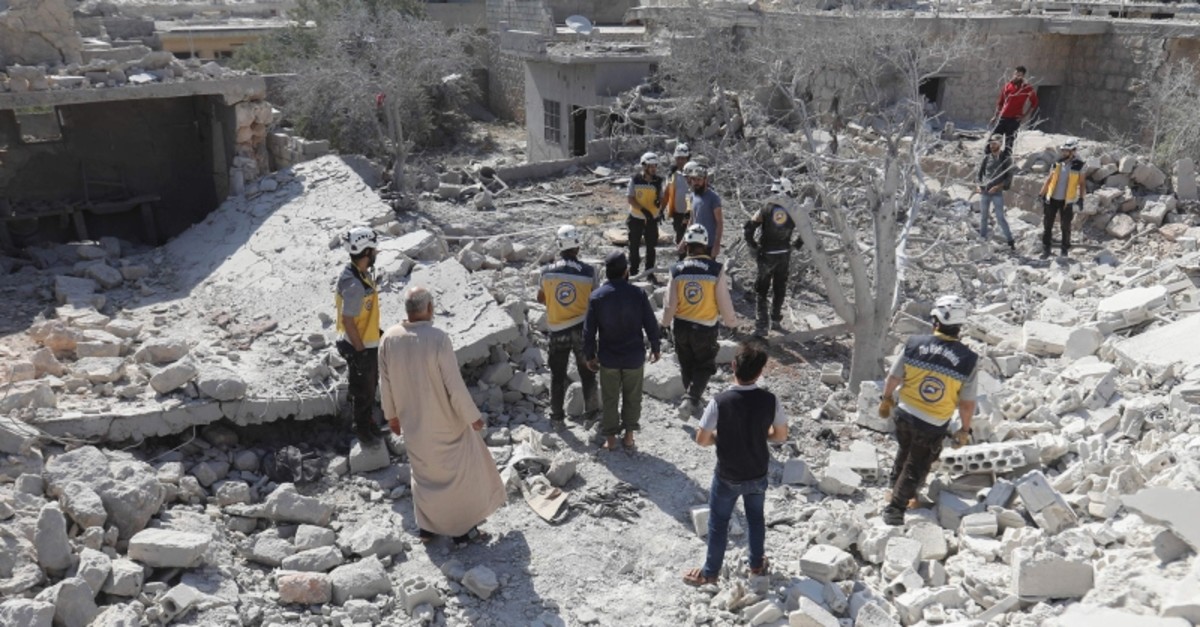 Members of the Syrian Civil Defence (White Helmets) and civilians gather following a reported regime airstrike on the village of Kafriya, in Syria's Idlib province, on July 13, 2019. (AFP Photo)
by Daily Sabah with AA Jul 16, 2019 1:02 pm

At least nine civilians were killed and 14 others injured in fresh regime airstrikes in the de-escalation zones in northwestern Syria on Tuesday.

The attacks targeted residential areas in the towns of Jisr al-Shughur, Khan Shaykhun, Maar Shoreen, Hantoteen and Ain Al Bardeh in Idlib province, according to an Anadolu Agency correspondent on the ground.

Turkey and Russia inked a deal in Sochi for a buffer zone in September to prevent a massive regime offensive on the Idlib region near the Turkish border.

The offensive has displaced over 300,000 within the opposition-held area and killed hundreds, including medical staff. Residential areas have been destroyed by indiscriminate attacks, while numerous educational facilities, health facilities and residential areas have collapsed or have become unusable after being targeted by bombs.

Aid agencies say the scale of bombardment in the northwest risks further humanitarian disaster, hundreds of thousands of people have already fled toward the Turkish border.